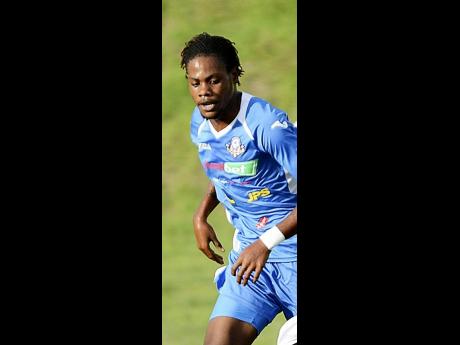 The win improved Portmore United's tally to 40 points, two more than Arnett Gardens and sole leadership on the league.

Morris, gifted enough to be invited to the Reggae Boyz squad as a 17-year-old - but has found himself out of the Portmore starting team - rose from the bench in the 60th minute to add the quality that was sadly lacking but for the flashes shown by the now lighter-hued Paul Wilson.

After a number of moves, which failed to get the desired result, it came off for Morris in the 72nd minute as he collected a lovely pass, and dribbling at pace, he cut open the defence, rounded the goalkeeper, and steered home from a narrowing angle to light up the previously dull Harbour View atmosphere.

"I feel very happy knowing that I am the one who went on and gave my team the winnings," the elated player said after the game.

While not happy with the amount of time he has spent on the bench so far this season, Morris said that he was happy for the opportunity.

"No, no no! The bench is not where I should be, but I am happy that I am in the squad because I had to go home to keep my daughter's birthday party on Saturday, and I am very happy that I got even a minute this evening. This goal is dedicated to my daughter for sure. She turned four on Saturday," said the man who starred for St James High School in the daCosta Cup competition alongside Allan Ottey and Fabian McCarthy.

"This is my fourth goal of the season. I scored two in the opening game and one against Waterhouse, which was about the fourth or fifth match of the season, but I have not played consistently since then.

"I see myself trying to leave the country again to go overseas - anywhere. My desire is to play professionally abroad. I am always putting in the work, but no offers have come as yet, but I am confident it will come," added the 23-year-old, who had a brief stint with the Tampa Bay Rowdies in 2014.

"I am so happy that we are leading the league now. We just have to keep working hard to stay up there. What you will see from now on is me commanding a place in the starting 11," he promised.