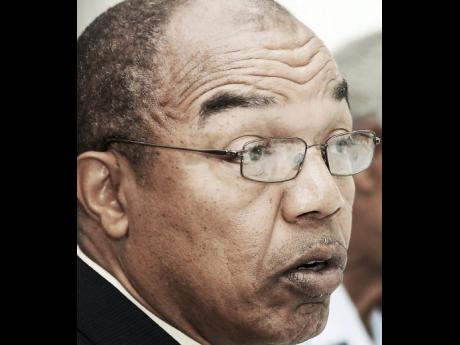 President of the Jamaica Athletics Administrative Association (JAAA), Dr Warren Blake, says he does not support calls made by one of the sport's most powerful bodies to reset all world record marks amidst the ongoing doping crisis affecting international track and field.

Chairman of UK Athletics, Ed Warner, recently announced a list of suggestions his organisation believes will return credibility to a sport that has been reeling after a doping crisis, which has seen Russia banned after alleged 'state-sponsored doping' and former IAAF president Lamine Diack facing criminal investigations, after he was accused of taking a bribe to protect drug cheats.

However, Blake was quite clear in his opposition of the proposals, which would of course see the five IAAF world records held by Jamaica removed from the books.

Usain Bolt currently holds world record marks in the men's 100m and 200m, with Jamaica also responsible for the best ever men's 4x100m and 4x200m times in history. Merlene Ottey also has the best mark in the women's indoor 200m.

"I don't think that this is a viable or fair suggestion because it would penalise athletes, who have legitimately worked hard and excelled, athletes who have never been under any cloud of suspicion or anything like that, and we in Jamaica, we have a few records that would go as well," Blake responded when asked for his views on UK Athletics' suggestion to reset the clock.

"I know over time people have wondered about certain records, but I have always been of the position that if nothing has ever been proven against the people in question, no matter what the suspicions are, you can't do anything about that. We have to accept those records," Blake added.

"Everybody loves to target Flo-Jo's (Florence Griffith Joyner) record (10.49 seconds in the women's 100m) more than any other, but let us say down the years and we look at our own Usain Bolt, his record is similarly way ahead of the competition, granted that he has always been running fast from he was a little kid, but there are doubters in the world that seem to think that Jamaica has some magic potion giving to Bolt, so what do we say to those people?" Blake reasoned.

The JAAA president, who himself has had to deal with public scrutiny and failed drugs tests by high-profile Jamaican athletes, underlined his belief that the sport will move forward, while showing his support of IAAF president Seb Coe's response.

"I have looked at the five points outlined by our president and I think there is a lot of merit in those plans," said Blake.

Among other things, Coe has promised to double the anti-doping budget to US$8 million, appoint a new chief executive by the middle of the year, establish a separate integrity unit for athletics before August's Olympics in Rio and double the current international testing pool of athletes to 1,000.

See related story on B4.