Bolt, Shelly sprint away with RJR awards ... again: The Best! 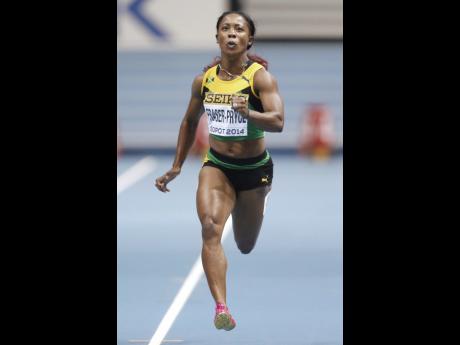 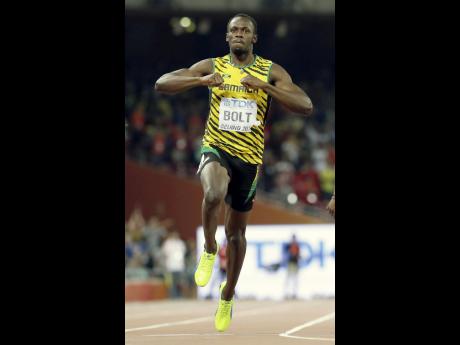 King and queen of the sprinting world and now, yet again, Usain Bolt and Shelly-Ann Fraser-Pryce have claimed the RJR Sports Foundation 2015 Sportsman and Sportswoman of the Year crowns after last night's coronation as Jamaican sporting royalty.

Like he was last year, shot-putter O'Dayne Richards, who twice hit a national record - 21.69m - on his way to winning Pan American gold and a historic World Championships bronze, was presented with the runner-up to the Sportsman of the Year award.

Sprint hurdles world champion Danielle Williams capped a terrific year with the runner-up to the Sportswoman of the Year trophy, after her personal best 12.57 brought her the gold in Beijing last summer.

The lack of surprise around what was Bolt's sixth and Fraser-Pryce's third Sportsman and Sportswoman of the Year titles speaks volumes to the exceptional seasons that both sprinters enjoyed, considering the highly successful year that their peers also registered.

They are used to topping medal podiums, and the pair again shared the spotlight at the glitzy ceremony at the Jamaica Pegasus - as they did in 2012 and 2013.

This win by Bolt means that a track and field athlete has won the National Sportsman of the Year title for 13 of the last 15 years, with cricketer Chris Gayle in 2010 and last year's winner Nicholas Walters (boxer), being the exceptions.

The athletics dominance is even more pronounced on the female side, with only three non-track and field athletes winning the National Sportswoman of the Year award in its 54-year history.

The MVP Track Club star, who has won two Olympic and seven World Championships gold medals over a decorated career, was also presented with the Sagicor Icon Award.

Novlene Williams-Mills, whose determined anchor leg lifted Jamaica to a gold medal in the World Championships 4x400m relay and who also successfully fought breast cancer, was recognised with the Chairman's Award.