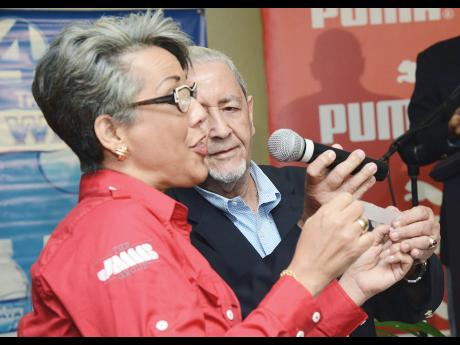 Gibson McCook Relays organising committee chairman, Professor Rainford Wilks, believes this year's 40th renewal is set to be one of the biggest, most exciting, and well-attended while revealing that they are hoping to make it an international staple, and calendar affair using the new media, broadcast and communication platforms of their sponsors.

The event is scheduled for Saturday, February 27, at the National Stadium with the organisers making plans to stream and broadcast the event to audiences outside of Jamaica. Entries will close on January 31.

The event is expected to attract as many as 4,000 athletes while a total of 37 billed sponsors, returning and new, have snapped up 42 events for the day's action which will begin at 9 a.m.

"We are hoping we can fill the National Stadium and that's one of the reasons we have tried to keep the entrance fees low for the past two to three years. We feel it's an Olympic year, so we are going to get a little boost out of that, and it's two weeks before Champs and everybody will be in Champs mode," Wilks outlined in an interview with The Gleaner.

The chairman revealed that gate receipts are expected to be in the vicinity of $10 million, at the event which he thinks is "comparable to anywhere in the world because our senior athletes are going to be there".

This year, the meet has attracted sponsorship valued at approximately $5 million, which Wilks calls a "substantial amount of money".

"We feel that we will be able to make it an international staple and calendar event not just in Jamaica, but worldwide," Wilks said.

According to Wilks, all the top athletes in Jamaica will compete once available.

"We see all of them performing. I expect Shelly (Fraser-Pryce) to be here this year. We can't give any commitment that there will be star athletes, but we know that because they feel loyal and because they see Gibson as part of their nurturing and development, they always come to Gibson and give back, unless they have some good reason not to," he told The Gleaner.