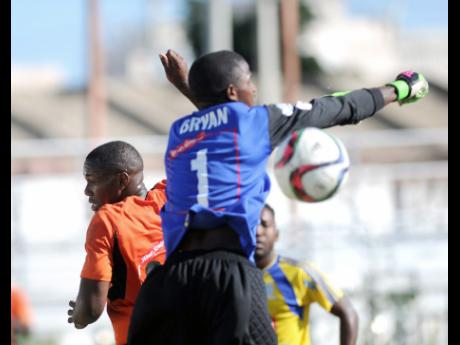 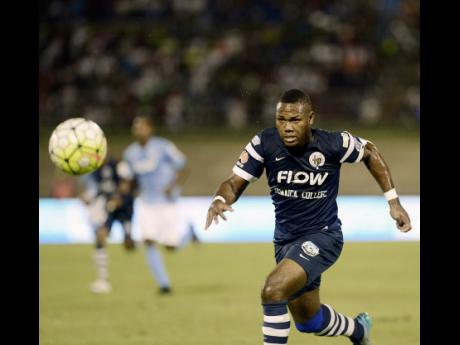 Former champions Tivoli Gardens continued their stabilising work in the Red Stripe Premier League (RSPL) under the guidance of Glendon ‘Admiral’ Bailey, when they defeated fierce rivals and relegation-battling Waterhouse 1-0.
The win marked Tivoli’s third in their last five games and saw them move from 10th to ninth position and seven points above the relegation zone, with eight games to play.
Donovan Dawkins, a Jamaica College (JC) schoolboy who is fondly referred to as “Babylon”, was happy to aid in arresting his team’s slide down the points table.
Waterhouse sank deeper in trouble as they lost their second successive match and remained firmly at the foot of the table on 21 points, six behind Cavalier, who were due to meet Harbour View last night.
“This is my second Premier League goal and it feels great because this goal is important to my team because it gives us a lead of eight points above Waterhouse, so even if we lose or draw we still have a good gap above them,” the 17-year-old fourth former explained.
The youngster, who scored the winning goal to give JC the Manning Cup ahead of St George’s College, said performances like Sunday night’s will help to fulfil his dream of playing at the collegiate level and/or professionally.
“I am looking to either be a professional footballer or to go to college on a scholarship and then play professionally and playing in this league helps me to improve. I was a part of the national Under-17s and I am looking forward to being a part of the national Under-20s. I have been to camp once so far and am looking to more invitations and these can only help,” the humble, but confident teenager said.
While schoolboy football is different from playing among grown men, Dawkins said that he is quite at home in the RSPL.
“I feel comfortable playing at this level because it helps me to improve and I think I am holding my own. I play against some older guys and I don’t find it difficult. There have been lots of young players playing before me and others who are playing now so it is nothing special or nothing that I cannot deal with,” he said, playing down the significance of his involvement.
What made his transition from schoolboy representative to Premier League player even more smooth is the presence of former national representative and current national invitee, Jermaine “Teddy” Johnson and Junior Flemmings, respectively.
“Their presence make me feel good because I have been playing with Flemmings since Under-13 level and also schoolboy football at Jamaica College because I am a student at Jamaica College, where he went too.
“Playing with Teddy is also special because he is someone who has played professionally and has come back to help out his old club so this is something good. I look up to him and could also learn from him and I want to emulate him by being a professional one day,” the powerfully-built young man said.