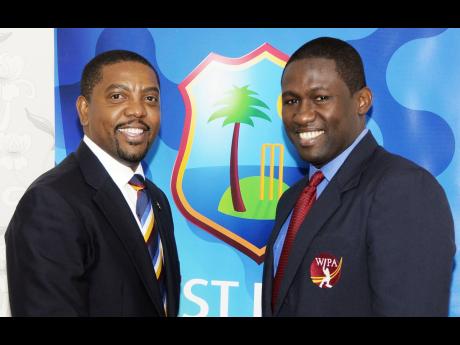 West Indies Cricket Board (WICB) President, Dave Cameron, is expressing heartiest congratulations on behalf of the board and management to the players and management of the under 19 team which won the ICC World Cup for the first time.

Cameron credited the over 15 months of preparation the team underwent, which he thinks "gave them the tools necessary to win the title".

The five-wicket win, Cameron said yesterday, "was intense, but the players showed (the) resilience and patience required to take them through to the very end. "The region is proud this morning of the achievements of this team and we see a clear path to the development of our future stars."

He added: "This was a comprehensive team effort and this is indicative of how we would like to move forward with all categories of our game.

"It was a wonderful Valentine's Day gift to all the people in the Caribbean," Cameron said, noting that he also wanted to highlight the contribution of the families of the young men.

He said the team will be appropriately recognised once they return home.

The West Indies Players' Association (WIPA) would like to extend heartfelt congratulations to the members of the West Indies Under-19 team, on their success at the ICC Under-19 Cricket World Cup 2016 in Bangladesh.

The present West Indies Under-19 Cricketer of the Year award winner, Shimron Hetmyer, led the team admirably with tactical and strategic execution. Hetmyer, his teammates and the support staff are the first West Indian team to lift the Under-19 World Cup trophy.

WIPA President and CEO, Wavell Hinds, said: "These young men played with passion and heart and deserved to be the world champions. They carried the hopes of all West Indians from the first preparation game against Bangladesh right through to the final of the World Cup and did everyone proud."

Hinds continued: "This success augurs well for the future of West Indies cricket and the strong belief many West Indians have that one day West Indies cricket will again rise to the top of world cricket. Congratulations again to all members of the team, including the management and support staff."