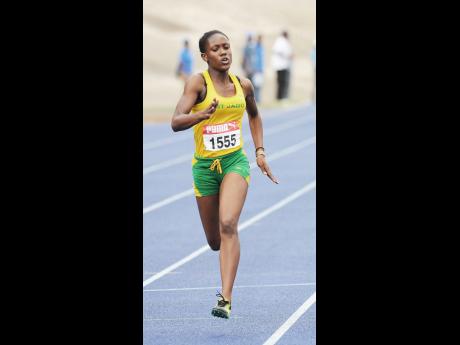 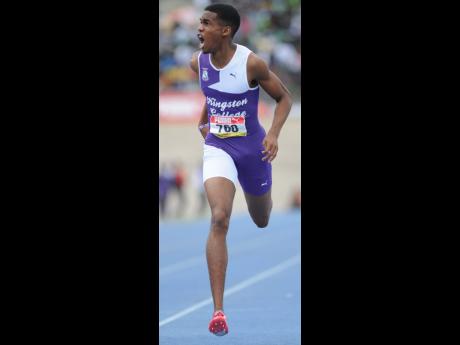 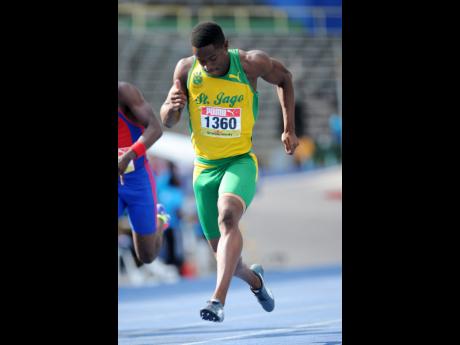 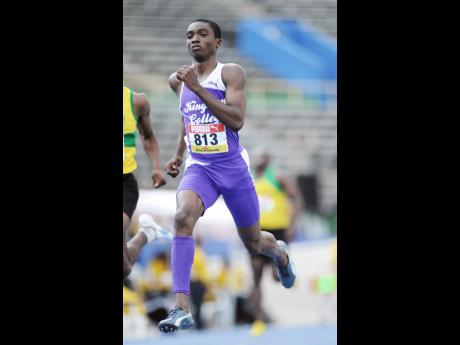 A year ago, many-time champion Kingston College (KC) was derailed in their title bid to unseat champions Calabar at the ISSA/GraceKennedy Boys and Girls Championships after key injuries to some of their stars.

One year has passed, and with Champs just a few weeks away, the signs are not good once again for the North Street-based team reportedly struggling to get a few of their big names ready.

Despite whispers that he is in fact training well, special 400m talent Akeem Bloomfield is yet to compete this season, while there are serious concerns about the condition of Nathaniel Bann, Jhevaughn Matherson and Dontre Williams.

KC had already lost their top Class One sprint hurdler Chadwick Brown, who was seriously injured in training a few weeks ago and is out of the Championships.

There are also concerns for Jamaica College (JC), who are also expected to push for the title and St Jago High, who are looking to get closer to the top of the pile this season.

At a recent development meet, JC's Orville Haslam, who is expected to dominate the Class 3sprints pulled up with a foot injury.

Haslam is undoubtedly the top Class 3 sprinter this season and is favoured to win the 100m and 200m and play an important role on the 4x100m relay for his team.

If he is not able to face the start at Champs, it will be a big setback for his team as this could be a loss of over 20 points, a heavy loss in what could be a close Championships.

St Jago's Class 1 sprint heavyweight Raheem Chambers has been dominating since Class III and enters his second year in Class I as one element of an eagerly anticipated sprinting showdown with St Elizabeth's Nigel Ellis and KC's Matherson.

Chambers is, however, yet to compete this season due to injury concerns and could be among those missing from the Championships.

The injury concerns are also considerable on the girls' side as four-time Girls champions St Jago could see their most outstanding athlete, Natalliah Whyte, missing in action.

Whyte, the defending double Class 1 sprint champion, was expected to retain her title easily and in the process give her team some quality points.

In a radio interview recently, head coach Keilando Goburn confirmed that his prized athlete is nursing a hamstring injury.

She has only competed on a few occasions this season and has not been seen at any meet recently.

Her absence wold deliver a crippling blow the Monk Street-based team, with the likes of Hydel and a rejuvenated Holmwood Technical showing good form.

Today's Gibson/McCook Relays will revealed the status of several of these athletes who are nursing injuries, and their presence or non-presence will be key indicators.