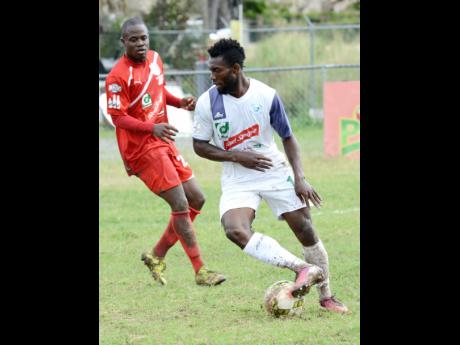 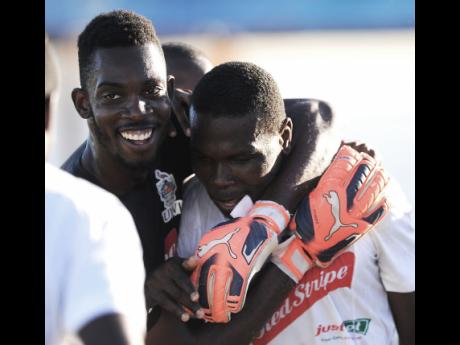 First-time Red Stripe Premier League campaigners UWI FC will continue their march towards a top four position and a place in the semi-final round when they host last year's beaten finalists and current leaders, Montego Bay United, in one of four matches today.

Last week, the university boys improved their chances with a handsome 5-1 win over Boys' Town, but will find Montego Bay United - a team which has been in the final for the past two years - tough nuts to crack. Not only are the opponents historically strong, but are in good form with Owayne Gordon and Allan Ottey handling the goalscoring responsibility since the departure of Dino Williams.

Ronaldo Rodney has also been in good form as has been Jermaine Woozencroft. The issue with Woozencroft is that the opposition has been using rough play to stop him and he has been biting the bait.

Girvon Brown has been the main man on the offensive front for UWI FC, with good support from Anthony Greenland and Anthony Grant, and goalkeeper Amal Knight leading the defensive line. Montego Bay United are nothing like Boys' Town and will be a much tougher unit to break down.

In addition to the win that UWI FC will need, they will also need Humble Lion FC, the team currently occupying the fourth spot, to lose. The form book would suggest that a loss for Humble Lion is wishful thinking as their opponents, Reno FC, are well below their best and will be expected to drop points even though they are playing at home.

At Stadium East, seventh-placed Cavalier FC will be hoping to capitalise on a slip-up by UWI FC and close the gap on them with a positive result over the slumping Boys' Town.

Tivoli Gardens still cannot consider themselves safe from the drop despite being six points clear of the battling Rivoli FC, who play away to Harbour View on Monday. With that being the situation, a positive result for Tivoli Gardens would be a fantastic result for Glendon 'Admiral' Bailey and his charges. Their opponents, Portmore United, are not in danger of falling out of the top four, but would be eager to regain the form which saw them top the table. Anything but the best from Portmore United could see them falter in the semi-final round and make the job easier for their opponents.