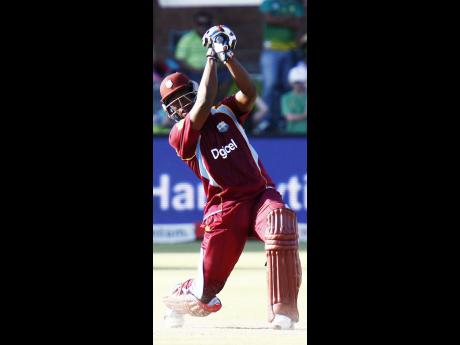 The Windies are currently preparing for the upcoming tournament to be held in India.

Russell, an anticipated key figure in the West Indies push to regain the World Twenty20 crown, recently missed three out-of-competition drug tests over a 12-month period, which under World Anti Doping Agency (WADA) rules equates to a positive finding and carries a suspension of two years for a first offence.

The 27-year-old, according to Cameron, is to face an independent panel of the Jamaica Anti-Doping Commission after the March 8 to April 3 tournament.

"Mr Russell is not suspended as he will play in the World T20," Cameron said, following the annual general meeting of the WICB at The Jamaica Pegasus hotel at the weekend.

"The matter has been sent to an independent panel for hearing, and that will be done after the tournament."

Cameron, who expressed surprise at Russell's rule violation given efforts of the board to inform players of WADA requirements, also stated that Russell has the full support of the board.

"We have Ayana Cooper (WICB player relations officer), who is on board, on staff and that is exactly one of the reasons she is there for: To support the players directly on those things," stated Cameron.

"We have to now move to try and support him in ensuring whatever sanctions we can mitigate."

The big-hitting Russell guided Islamabad United to the inaugural Pakistan Super League title last month. He was also named man of the tournament.

He is also in talks with Nottinghamshire in a bid to represent them in this year's England T20 Blast tournament.

According to WADA rules, athletes must tell their local anti-doping agency, where they will be for at least one hour each day, to accommodate out-of-competition drug tests.