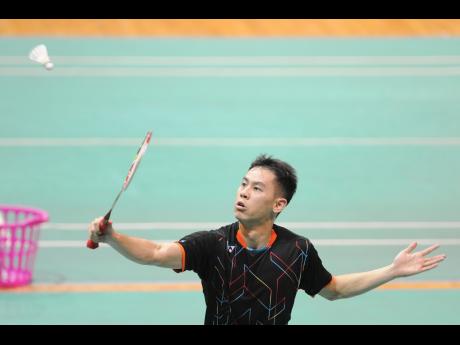 THE top seeds in the men's singles event of the II Jamaica International 2016 badminton tournament Cuban Osleni Guerrero, Howard Shu of the United States, plus Austrians David Obernosterer and Luka Wraber progressed to the second round with byes.

In the meantime, Jamaica's number one, Gareth Henry, took on Barbadian Bradley Pilgrim in the first round.

With a spate of withdrawals in the women's singles, Mikaylia Haldane from Jamaica has been catapulted into the quarter-finals. Top Jamaican female, Katherine Wynter, faced last year's runner-up, Czech Zuzana Pavelkova, in round one.

The top seed in this event is Italian Jeanine Cicognini, followed by Austria's Elisabeth Baldauf.

In the men's doubles, with the withdrawal of the number one seeds from Mexico, all eyes will be on Indian pair Kona Tarun and Alwin Francis, as well as the favourites and number two seeds from Belgium, Matjis Dierickx and Freek Golinski.

The Ladies Doubles is an all Jamaican affair, with top seeds Wynter and Ruth Williams expected to be stiff competition for the rest of the draw.

In the mixed doubles, the Austrian pair of Obernosterer and Baldauf are seeded number one, while the number two seeds are Mexican Mariana Ugalde and Bjorn Seguin (USA).

Top mixed Jamaican pair, Henry siblings Gareth and Geordine, will face their Jamaican teammates, Kemar Valentine and Taina Daley in round one.