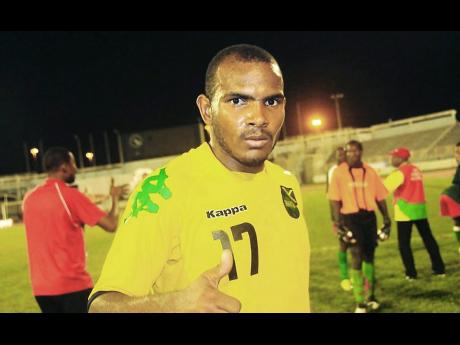 National senior men's football team head coach, Winfried Schafer, says Reggae Boyz captain, Rodolph Austin, whose name was not in the 23-man squad released by the Jamaica Football Federation (JFF) on Sunday, will be part of the team to face Costa Rica in back-to-back World Cup qualifiers on March 25 and 29.

The German told The Gleaner yesterday evening that the midfielder, who recently signed for Danish club FC Copenhagen, was nursing an injury and was being treated by the club.

However, he said he has spoken with the player who has assured him that he is fit and will make himself available.

"These are two very important matches. We need all players that can play. Maybe he can play in the second match. We don't know. He is coming, he tells us he is OK. I cannot tell you now (when he will arrive), today is Monday and Friday is the match. He has special (recovery) training (in Denmark) now. But we have all medical papers that we need and everything in Copenhagen comes to us," he said.

Although Schafer could not give a date of the Reggae Boyz captain's arrival, he says he is expected in another day or two.

"We talk today (Monday). We talk about him in Copenhagen and in the morning, he will come to us, or maybe he stays in Copenhagen another day. Maybe he comes for the second game," he added.

Meanwhile, as the squad continues preparation, Sch‰fer argued that not seeing and communicating with his overseas-based players regularly makes his job more difficult.

"One of the biggest problems I cannot watch my players or talk to him. I can't watch my player here Sunday or Saturday and it's very important to talk to the player and their coaches and managers. We play at a high level now and are one of the best teams in CONCACA," Schafer said.

"But the problem I have, I can't see my players from outside Jamaica. That is one of the biggest problems for a coach. I see them one time a year and it's very important I watch my players in Europe and MLS," he reasoned.