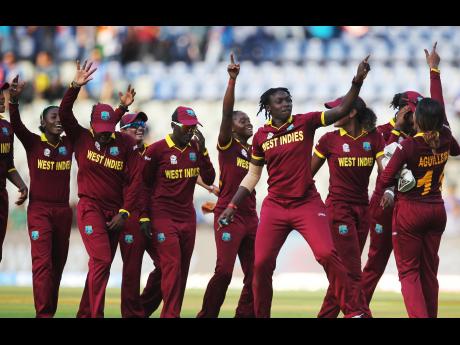 The Windies women booked their spot in the final of the Women’s Twenty20 World Cup for the first time ever when they beat New Zealand Women by six runs in the second semifinal Mumbai, India today.

Sent in at the Wankhede Stadium, the Caribbean side rattled up a challenging 143 for six off their 20 overs and then bowled well to restrict the Kiwis to 137 for eight.

West Indies Women had previously been knocked out at the semifinal stage of the last three T20 World Cups.

In Sunday’s final, they will now face nemesis Australia who beat England Woman by five runs in Wednesday’s first semi-final.

West Indies Women were earlier propelled by a top score of 61 from Britney Cooper, who fashioned her maiden half-century in T20s.

She faced 48 balls and counted five fours and two sixes and put on 60 for the second wicket with captain Stafanie Taylor who scored 25. Cooper put on another 44 for the third wicket with Deandra Dottin who got 20.

In reply, New Zealand Women were undermined by Taylor, who claimed three for 26 with her incisive off-spin.

Sara McGlashan top-scored for New Zealand with 38 from 30 deliveries.