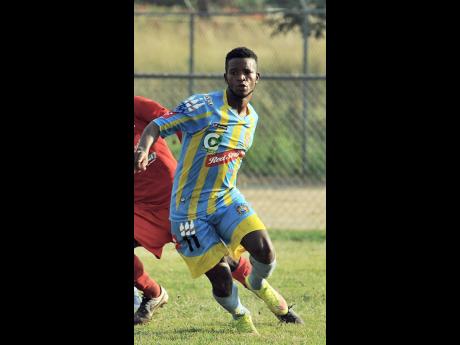 Kevon Reid netted a brace in the 37th and 56th minutes to lift Humble Lion to 47 points, just one ahead of new boys, the UWI FC, as the teams battle for the fourth and final play-off spot in the semi-finals.

Portmore United and UWI FC battled to a 1-1 draw at Juici Park in Clarendon. The Portmore team secured the $1 million incentive for the team that ends the preliminary stage on most points. With one set of games remaining in the preliminary stage, Portmore have an unassailable 61 points, ahead of Arnett Gardens (57) and Montego Bay United (56). All three are already assured of play-off spots.

At the other end of the table, Waterhouse stayed alive after a 3-2 win against Reno at Waterhouse Stadium. Waterhouse earned three valuable points courtesy of goals by Kemar 'Bushy' Beckford in the 26th minute, Deandre Brown (37th) and Kenroy Howell (66th). Renario Downswell scored both goals for the losers in the 40th and 82nd minutes.

Waterhouse remained at the bottom of the 12-team league on 31 points, behind Cavalier (33), Rivoli United (33), and Reno (34). The two teams finishing in 11th and 12th positions will be relegated after next Sunday's final round in the preliminary stage.