MLS pioneer Butler to be honoured by Earthquakes 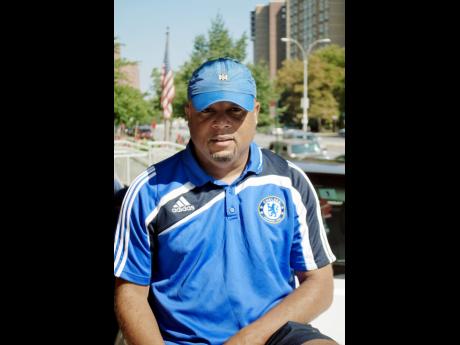 
National Under-20 coach and former Reggae Boy, Altimont ‘Freddie’ Butler will tomorrow be honoured by the San Jose Earthquakes as one of the Major League Soccer (MLS) franchise’s original roster members when the league kicked off 20 years ago.

Butler, the first Jamaican to play in the MLS, was drafted by the San Jose Clash (later renamed Earthquakes) in February 1996 in the second round (eighteenth overall) of 250 players in the league’s Inaugural Player Draft. He was also on the team’s roster for the first ever MLS game to be played which was against DC United.

Tomorrow the San Jose Earthquakes will hold a 20th Anniversary Celebration when D.C. United visits to Avaya Stadium in a recreation of MLS’ inaugural match in San Jose on April 6, 1996, just four days shy of the exact day 20 years ago.

As part of the affair all the former San Jose Clash players, staff and MLS representatives that made the inaugural season possible will be honoured at half-time.

“It is always a great feeling to be part of history especially being the first Jamaican to be drafted for and to play in the MLS. Being recognised as one of the pioneers is a special feeling,” said Butler who departed the island yesterday for California.

Having been there at the start Butler now looks on with pride.

“It has grown a lot. Right now it is a real big league compared to what it was then and all the signs show that it will grow even more. What I am most proud about is that it has opened the doors for a lot of Jamaicans and the performance of most of them means that we can become a major supplier of talent for the League,” said Butler, who was drafted out of the University of Southern New Hampshire.

Even with that success though, the Port Royal native who distinguished himself as a schoolboy at Dunoon Technical High and at Harbour View before venturing overseas, said there is still more for Jamaicans to do in the MLS.

“We have to change our outlook, training attitudes and approach. We are too laid back and that is one of the reasons for the most part why some of us do not stay too long there. Our thinking has to get to the level where we treat the sport as a job. We have to prepare our youngsters to know that this (football) is a job just like those you get dressed up in your suits for,” the man, who shares coaching responsibility for the country under-20 Boyz with his former Reggae Boy teammate Ricardo Gardner, said.