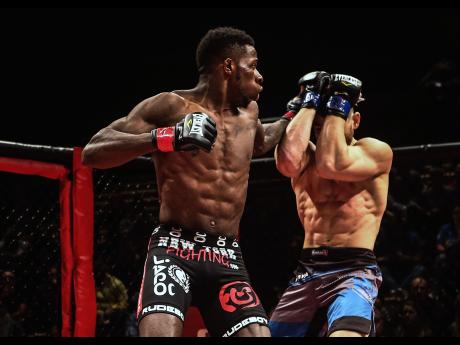 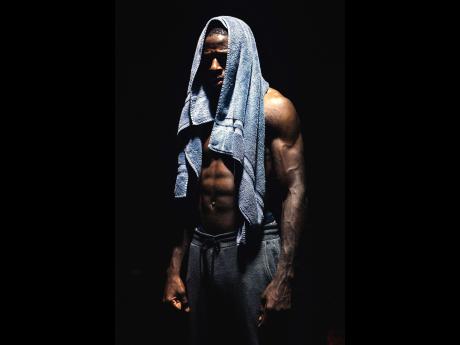 "... I want to basically decapitate him!"

Jamaican Mixed Martial Arts (MMA) fighter Randy 'Rude Boy' Brown hardly sounds like a man who will be featuring in only his second UFC bout tonight.

Brown summed up his intentions when he steps into the cage against Michael Graves - eerie name - in a UFC on Fox 19 fight at the Amalie Arena in Tampa, Florida.

The welterweight clash, which starts at 4:30 p.m. (3:30 p.m. Jamaica time), falls on the under card for the main event fight between light heavyweight stars Glover Teixeira and Rashad Evans.

Brown (7-0-0), who impressed in his UFC debut earlier this year after a unanimous decision win over Matt Dwyer, says he can hardly wait to face the undefeated Graves (5-0-0).

"I'm super anxious right now, man. I'm ready. I've been feeling it in my workouts. Every system in my body is on, and I'm just looking forward to going out there to perform," he told The Gleaner from Florida on Thursday. "I just can't wait!"

It's a fight that will pit two warriors with conflicting styles against each other, with Brown's stand-and-deliver, kick-and-punch arsenal going up against Graves' canvas-loving, grappling preference.

"He (Graves) is a tough guy, very durable," Brown assessed. "He's always looking to get you to the ground in a lock or a submission hold.

"I am more of a fighter - I want to kick and punch. He wants to get me on the ground, hold me there, let time run out and win a decision, but I'm looking to decapitate him and take his head off, so it should be a good fight," Brown added - not one to mince his words.

And why should he?

Finally on the UFC big stage, life was always a fight for the 25 year-old.

Brown, who now lives in Jamaica, Queens, New York, grew up with his mother in Old Harbour, St Catherine. Things were hardly stable and he would soon move to live with his brothers in the gritty March Pen Road community in Spanish Town.

He would eventually move to the United States at age 16, where he got involved with boxing.

No turning back from MMA

But that was just a fling. His real love was combat sports, and when he was introduced to MMA, he knew right away that there would be no turning back.

Still, if anyone is expecting this UFC newbie, who - by the way, has only seven professional MMA fights in his legs - all without defeat - to feel any nerves in the cage, Brown says he is more than ready for the extra pressure and attention.

"This has always been a goal for me ever since being back home in Jamaica. It's been on my mind - combat sports and getting a chance to fight in the biggest organisation on offer, UFC. That is just huge for me," Brown said.

"Everyone expects me to perform and all the eyes are on me for Saturday (tonight), but there is no pressure, and I am looking forward to it," he said.

Brown is planning to travel to Jamaica spend a few days with his family in the coming days.

But for now, the Rude Boy's focus is clearly set on putting a foot - or fist - to Graves' dome.