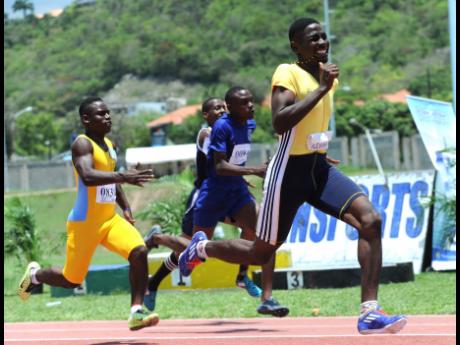 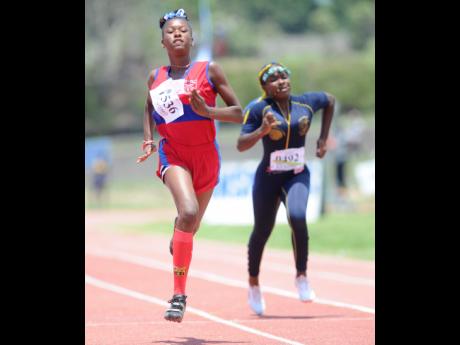 The Oral Whilby-coached team accumulated 562.50 points to finish ahead of John Mills on 457.50 points. New Day

finished third with 190; Melrose claimed fourth spot with 183.50; and Louise Bennett Coverley came in fifth with 169.

Windward Road also topped the male and female categories with 289.50 and 264 points, respectively, in front of John Mills, which was second in both sections.

Whilby, however, admitted that he never expected his team to win by such a large margin and was more than elated with the outcome.

"We won by over a hundred points. I was confident of the victory, but I had no idea the team would perform this well," he said. He also warned that his team has the foundation to continue this winning streak.

"We should retain this championship. A lot of our points came from the lower grades, and they will be stepping up in class. John Mills did their thing in the past, but this new era has Windward Road written all over it, so we are looking forward to next year," he added.

In the male section, the award was shared by Jaheim Gilmore, Nemoy Cockett, and Kevin Wilson of John Mills, Amontae Wray of Windward Road; Shelton Britton of Louise Bennett; Mickel Wilson of Braeton; and Lennox Barrett of Melrose, who all contributed 18 points each to their schools.

For the females, Gregory Park's Leanna Lewis and Shantonique McCalla shared the award with Kamesha Graham of New Day; Shaniece Benjamin of John Mills, Ashley Johnson of Melrose; and Janealia Brown of Windward Road, who all scored 18 points.

John Mills coach Ransford Spalding says the lower classes was their downfall but says they intend to improve on this area for next year.

"Where we went wrong is in the primary division. We only scored 12 points and Windward Road score 140 points, but we have to congratulate them (Windward Road) because they have a team and John Mills don't have a structured team," he said.