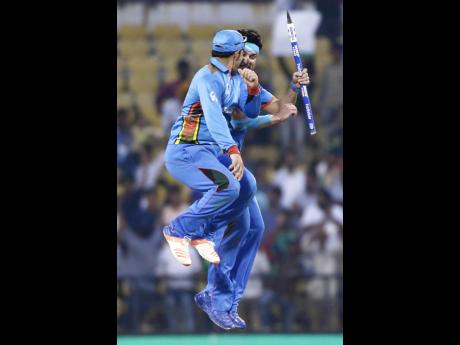 The International Cricket Council (ICC) World Twenty20 tournament of 2016 is behind us and despite many events of its kind - and many successful ones at that - the world of cricket can truthfully say that this one was a tremendous success.

Maybe it was, in the final analysis, the performance of the big hitters of the West Indies which made the difference and the stylish and dramatic way in which they ended the tournament on a winning note, with the ball disappearing into the outskirts of Kolkata.

Maybe it was simply an improving mindset by the players.

Whatever it was that caused it, it was a tournament to remember and to duplicate and, at least, the next time around.

For years now, and but for a few changes, cricket has remained the same. It has been basically the same teams, with nothing new to add spice and colour to the scenery.

Cricket, it is said, is a hard game to learn, but that is Test cricket.

There is a new version of cricket, however. It is T20 cricket. It is taking over like wildfire and it has given those in charge the opportunity to spread their wings, to cover the whole wide world.

For years now, there has been a call to add more teams to cricket and there has always been a counterclaim by the 'big shots' of cricket that the game would be too one-sided if that was done.

There is no doubt that was true.

Can you imagine a Test match between Australia and Canada at the Melbourne Cricket Ground (MCG) and, at end of day two, at the end of the first innings, the scoreboard read: Australia 400 for one or two declared, Canada70 and 20 for five?

Who would watch this match and who would pay for the exercise?

Based on their performances over the years and their performance this year, however, the minnows, or some of them Ireland, the Netherlands, Oman, Afghanistan, Scotland, Hong Kong and Kenya, deserve their places. And so do others like Papua, New Guinea, Canada and the USA.

If they never get to compete, no one will ever know of them, just as we would never have known of players like Mohammad Shahzar; Afghanistan's batsman Kyle Coetzer; Scotland's batsman Zeeshan Maqsood; Oman's batsman Dawlat Zadran; Afghanistan's pacer and one of the real finds of the tournament, Afghanistan's young right-arm leg-spinner Rashid Khan.

And what of countries like China, Argentina and even Brazil if they so desire? T20 cricket is made for them.

T20 cricket is ranked number three in the general scheme of things. It is played regularly in local competitions, hardly in international competitions and up to last month, it was played every two years as a world tournament.

Regrettably, it is scheduled for every four years as of the next time.

T20 cricket is big business. It is, however, easy to play, it is fun, it caters to the spectators, and although the players, including the West Indies players, or most of them, prefer the Test version, it is the most popular format today.

T20 cricket is ideal as a tool to spread the game. The minnows can upset the 'big boys' occasionally, just as how The Netherlands defeated England in both the 50-over World Cup and the World Twenty 20 and just as how Afghanistan defeated the West Indies a few weeks ago in the World Twenty20.

They added to the excitement of the tournament, however, and as far as The Netherlands and Afghanistan are concerned, they contributed to the growth of the game.

The ICC has a duty to its minnows and a responsibility to cricket to let them loose and offer them more opportunities. This is the time to allow cricket to grow.