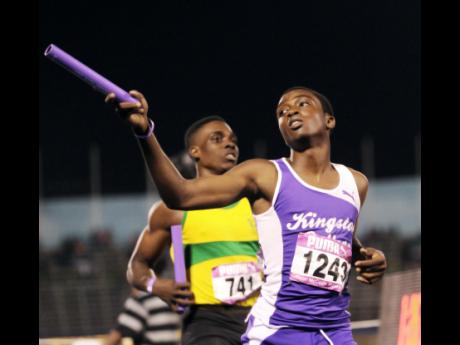 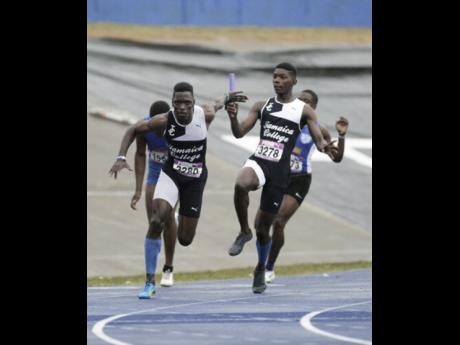 File
Devaughn Baker (left) of Jamaica College collecting the baton from Odario Phillips in the Class One 4x100 metres at the February 27 Gibson McCook Relays. 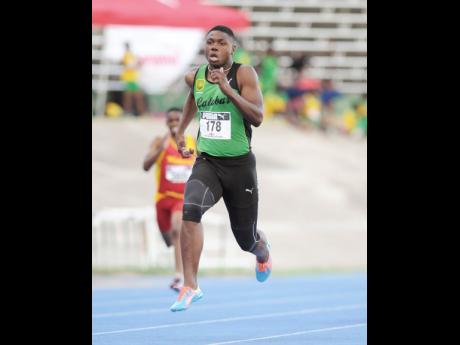 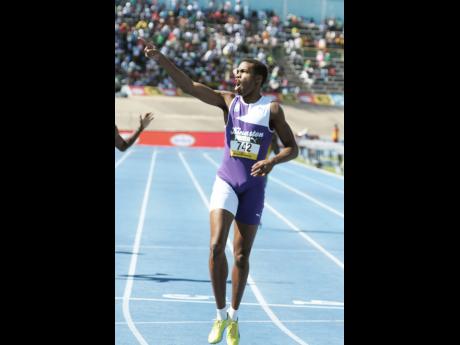 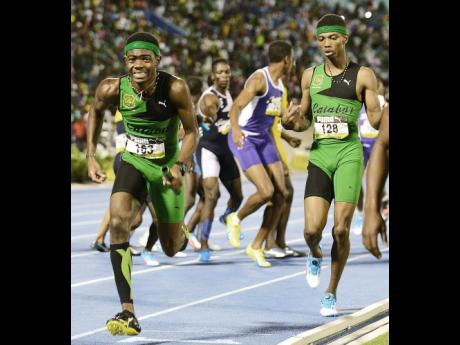 IN 2014, Jamaica College broke the high-school Boys' 4x100 metres Championship of America relay record after posting a time of 39.72 seconds at the prestigious Penn Relays.

However, that record only stood for a year as another Jamaican school, Calabar High, won in a new mark of 39.63 last year.

At this year's 122nd staging of the event, which starts on Thursday, the record could be broken for the third year in a row as defending champions Calabar and Kingston College have gone under the record this season, while Jamaica College are not far off as all three teams went under the 40 seconds barrier at the recent MVP Track and Field meet.

Kingston College, who were second behind Racers Track Club, clocked a school record 39.52, with Calabar crossing the finish line in 39.60, while Jamaica College had a season-best 39.77.

While T.C. Williams out of Alexandria, Virginia, are expected to be the strongest American challengers, indications are that Jamaican teams are expected to dominate this event once again and, if weather conditions are right - warm instead of the usual cool temperatures - a fast time is expected.

With three sub-40 seconds so far this season, the Akeem Bloomfield-led Kingston College will be seeking their eighth win in the event and join Camperdown as the most successful school sprint team from Jamaica.

On the other hand, Calabar will be hoping to join Kingston College on seven, while Jamaica College will be seeking their second title.

With Shivnarine Smalling and Jhevaughn Matherson, who, incidentally, will be making his first appearance at the carnival, set to join Bloomfield, Kingston College will be hoping to make up for last year's disappointment. In 2015, Bloomfield pulled up with a hamstring injury on the second leg, and Smalling, who looked on in anguish on the anchor leg, will be hoping that things will be different this time around.

Calabar, who finished behind KC at the MVP meet without the talented Christopher Taylor, will be hoping that his presence will be enough to ensure a successful defence of their title.

His leg could be crucial to Calabar's victory as the likes of Dejour Russell, Michael Stephens and Xavior Angus are quality athletes.

Despite going in as the third-ranked team, Jamaica College cannot be counted out as two members of their record-breaking team from 2014, Waseem Williams and Devaughn Baker, are back. At the MVP meet, Williams was not a part of the team and his inclusion this time around could lift Jamaica College. Baker, who was seen closing fast on the Kingston College and Calabar runners on the anchor leg at the MVP meet, will definitely add more depth to their team in a race which is expected to be lightning-fast.