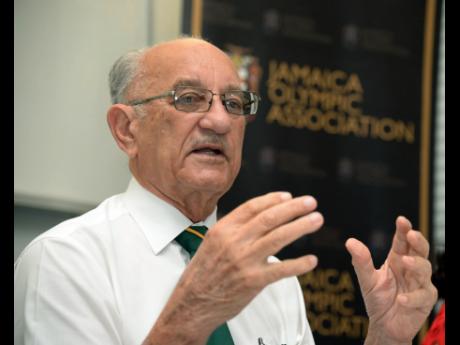 Jamaica Olympic Association (JOA) president Mike Fennell said they have been paying close attention to the various health and political issues affecting Brazil ahead of this summer's Olympic Games in Rio de Janeiro and that they were pleased with the precautions and countermeasures being taken.

The Zika virus outbreak in Brazil has been a major cause for concern going into the 2016 Olympic Games.

The virus, which the World Health Organization has declared an international public health emergency, has created great uncertainty and has left many doubting whether or not they should attend the games in the South American country.

There is also the issue of an impeachment in congress for the country's first female president, Dilma Rousseff, while there are also concerns with water pollution.

Noting that he hopes that the political situation can be resolved before the games commence on August 5, Fennell said he was comfortable with the situation at this point.

"In Rio, there are a number things we have to deal with. Everyone knows there is a public health problems with the ZIKV, but we are quite comfortable with the arrangements that have been made for the protection of the athletes, officials and other people, so we are satisfied Brazil has taken all the precautions that are necessary and we are monitoring that carefully," Fennell said.

He also believes it would be best if the country's leaders resolve the uncertain political situation ahead of the games.

"What has not directly impacted the games but will affect the nation is the government situation in Brazil. The president of the country is facing impeachment, and that always presents a challenge when you have political uncertainty. We just have to wait and see how it unfolds, but it would be best if that is sorted out before the games not, just for Jamaica, but for the whole world." he continued.

Meanwhile, the long-serving JOA boss believes that the Olympic Games today plays an even greater role in enhancing the careers and reputation of sportsmen and women right across the globe.

"The demand for a place on the Olympic team is even greater than ever before because it is such an important event in the life and career of any sports person. It's the ultimate achievement, representing your country at the Olympic Games.

This has been enhanced even more for those athletes, who are following careers, as representing your country at the Olympic Games opens up doors for professional contacts later on, and if you medal it even goes much further ... it's a tremendous thing for the athlete," added Fennell.