Tsetsi has that 'good feeling' ...but Estwick believes he will win 'Contender' battle 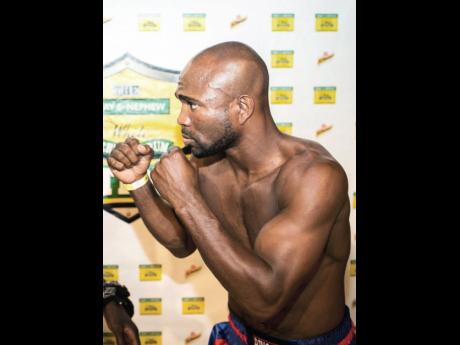 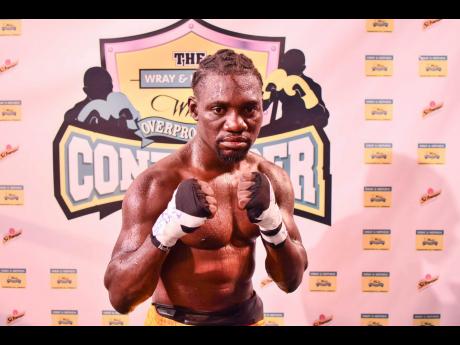 Tsetsi 'Lights Out' Davis, always a crowd favourite in the Wray and Nephew Contender boxing competition, will try to get to another semi-final tonight when he clashes with Charwin Estwick, a Guyanese boxer who lives in Barbados, at the Chinese Benevolent Association auditorium.

The fight, which will be over five rounds, is scheduled to start at 9:30 and will be broadcast live on TVJ.

Davis, who has a 15-5 record, is a veteran of the series and has entered the competition every year since its inception.

He has reached the final twice. The first was in June of 2013 when, as a middleweight, he clashed with Devon Moncriffe and lost by way of a split decision.

He got there again in 2014, this time as a welterweight, and lost to Sakima Mullings inside the distance. He could not find an answer to the punching power of his opponent and his corner threw in the towel in the seventh round.

Davis decided quite late this year to enter again and has declared that he is going all out to fulfill his dream of being the Contender champion.

He has had some difficulty making the 147-pound weight limit this year, he said, but told The Gleaner yesterday that he is "in great shape and is looking forward to the encounter tonight".

"I am feeling good and know that I will be the winner," he declared.

In his first fight this year, against American Courtney McLeave, Davis looked sharp and his punching power was effective. He won that fight by technical knockout in the fourth round of a bout scheduled for five.

His opponent, Estwick, has a very spotty record. The Guyanese has had only three fights, losing two and winning one. He pulled off a big upset in his first fight this year, which was only a few weeks ago. On April 27, he went up against Daniel Powell, a highly touted American boxer with an 11-0 record, and won.

Estwick's unorthodox style of fighting completely threw Powell off his game plan and he walked away with a unanimous decision.

That victory has done a lot for his confidence and he believes he'll be able to pull off another upset tonight.

"I am here to fight and to win again and, as I said before my last fight, punches, not records, win fights. I am going to throw a lot of punches and win again tonight," he promised.

The winner tonight will earn a semi-final berth and assure himself of at least $200,000.