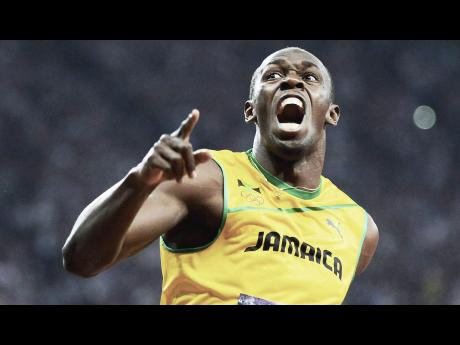 World and Olympic champion Usain Bolt said all he needs are 'more races' following a rather pedestrian run heren on Saturday night to win the 100 metres at the Cayman Invitational.

Running in his first race of the season, the sprint superstar strode to an average 10.05 seconds to beat American Dentarius Locke into second with 10.12, while fellow Jamaican and training partner, Kemar Bailey-Cole, finished third in 10.18.

Bolt was away from the blocks smoothly to carve out a small lead at the halfway point, before coasting to the wire unchallenged.

However, he was quick to concede afterwards he was not entirely pleased with the outing.

"It wasn't the best, but as long as I come out injury free, that's the key thing," he pointed out.

"I didn't feel as smooth as I wanted to, but as I always say, it's hard to just come into your first race and do extra well."

All the attention fell on Bolt as the fans flocked to catch a glimpse of the sprint king, who will be targeting an unprecedented clean sweep of the sprints at a third straight Olympics in August in Rio de Janeiro, Brazil.

The 29-year-old had not run competitively since he dominated the World Championships in Beijing last August and, in the interim, had battled injury, which hampered his training programme.

Bolt, who will run the 100 metres at the Golden Spike in Ostrava next week, said he would continue to improve with more competition.

"The more races I run, the better I will feel so I am just looking forward to running more races and see what happens.