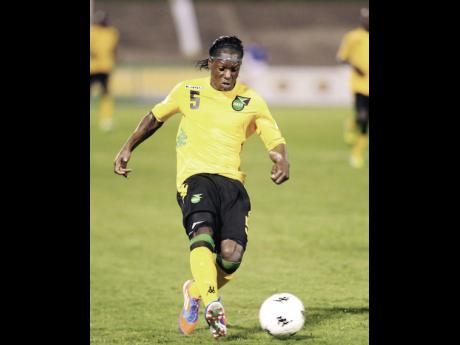 Reggae Boyz striker Darren Mattocks is set to miss out on Jamaica's participation in the Copa Centenario football tournament in the United States next month.

Twenty-five year-old Mattocks, who was acquired by Portand Timbers from Vancouver Whitecaps in March this year, underwent surgery on Friday last to repair a torn meniscus and will be out for three to six weeks, according to information coming out of the club.

The injury occurred in Portland's 1-2 loss to FC Dallas, in which Mattocks was replaced at the 59th minute by Jack Barmby.

Mattocks, who has scored 12 goals from 36 appearances for Jamaica, was expected to be a key member of the Reggae Boyz squad in the Copa Centenario. Drawn in a tough group with Mexico, Uruguay and Venezuela, an in-form Mattocks would have been an asset to the Boyz's chance of advancement.

Last year, he failed to score in all three of Jamaica's Copa America matches in Chile, but had important goals in the semi-final win over the United States in the CONCACAF Gold Cup and a loss in the final against Mexico in that same competition to give Jamaica their best finish in the competition yet.

The former Bridgeport High School standout was - after an impressive college career at Akron - the second overall pick in the 2012 MLS SuperDraft and enjoyed a stellar rookie season for the Vancouver Whitecaps, scoring seven goals and adding an assist as he finished third in Rookie of the Year voting.

He enjoyed another strong season in 2014, scoring six goals and dishing out three assists, while earning a career-high 1,802 minutes.

Afterwards, he saw his playing time drop to a career-low 848 minutes in 2015.

In total, Mattocks has made 96 appearances for Vancouver in both regular season and post season play, netting 20 goals and adding six assists.

At the national level, Mattocks' best year was 2014. He opened his account for Jamaica in 2014 by scoring six goals in eight games, including three finishes during the 2014 Caribbean Cup, which the Reggae Boyz won for a sixth time.