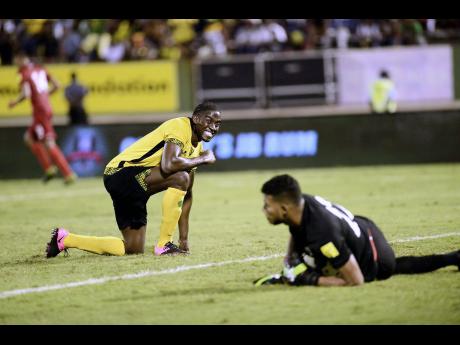 The Boyz produced a disciplined and resolute performance over the defending Copa America champions and now appear ready to surprise some of the big guns when the Copa Centenario kicks off in the United States.

Clayton Donaldson fired the Reggae Boyz in front after 36 minutes and Joel Grant made it 2-0 on 53 minutes, before Nicholas Castillo pulled a goal back for the home team eight minutes from time.

Jamaica led at half-time when Je-Vaughn Watson slipped a pass to the wily Gareth McCleary down the right and the tricky winger's low cross found the Donaldson, who didn't get the best first touch but reacted sharply to toe the ball past the advancing Chilean goalkeeper from six yards.

The Chileans, who also had their chances in the half kept the Jamaicans under constant pressure for the last five minutes but the Boyz held their lead to the break

After the break, the hosts had the Boyz under siege with wave after wave of attacks but the Boyz caught them on the counter and Grant headed home from Giles Barnes' cross on 53 minutes to make it 2-0. The home team increased their intensity afterwards and created but squandered numerous opportunities. But they eventually got a goal back. Kemar Lawrence's attempted clearance hit Nicolas Castillo and went into the net.

The Chileans tried desperately to get an equaliser but the Winfried Schafer-coached team held firm in defence to come away with a famous victory.