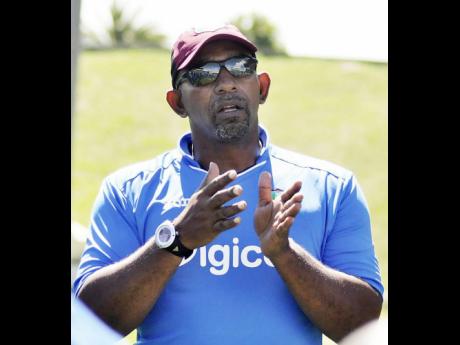 Head coach Phil Simmons has downplayed West Indies' chances in the Tri-Nations Series, starting tomorrow, but said it would be mistake to underestimate his side.

West Indies are poised to clash with World champions Australia and powerful South Africa from June 3-26 in Guyana, St Kitts and Barbados.

However, the hosts are ranked eighth in one-day internationals (ODI), 36 points behind table leaders Australia, with the Proteas 24 points ahead in third spot.

"They are (number) one and three in the world for a reason, so we need to get up there, and that's the reason we need to play these teams so we can see where we are, and especially if we beat them we know we're somewhere close to them," Simmons told reporters.

"The number one team in the world has to be the favourites going into the tournament, but that's the thing, I don't think we were favourites in India at the T20 (World Cup), so you play the game as you see it."

West Indies open their campaign against South Africa tomorrow at the National Stadium in Guyana and follow up with a clash against the Australians on Sunday at the same venue.

The Windies have not played an ODI at the venue in nearly four years, but have had mixed results there, winning four of eight contests.

Simmons was, however, divided on whether the National Stadium would provide an advantage for his side.

"Usually, you get good wickets here, great outfield, good crowd, so it could be a little bit of home advantage, but we've got to make that in the start, so how we do determines which side the crowd gets on.

"Usually, here, you can get big scores, chase down big scores, and that's all it is. A good wicket is a wicket that everybody and can bat and bowl and get good scores for the people to watch."

The series is the first for the West Indies since winning the Twenty20 World Cup in India in April.