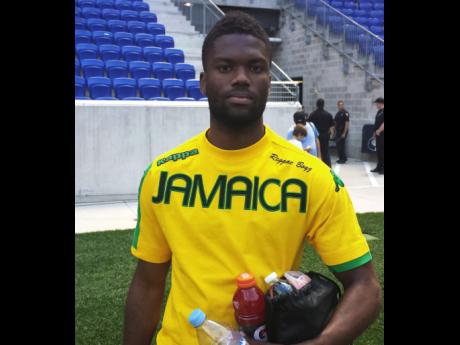 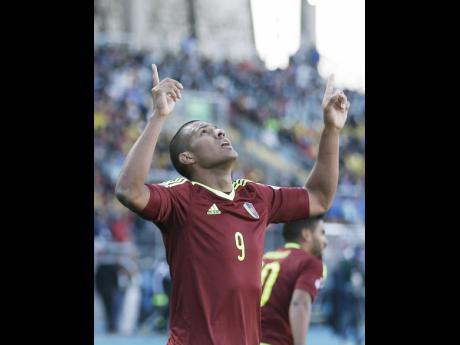 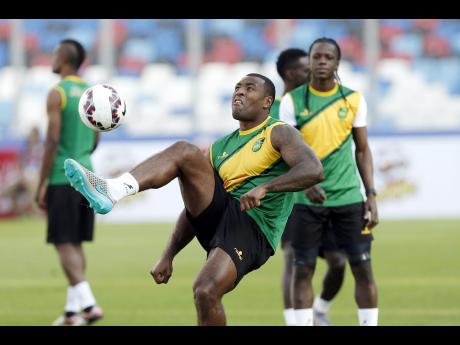 Reggae Boyz central defender Wes Morgan will be missing when Jamaica bows into action today at 4 p.m. (Ja time) against Venezuela at the Copa America Centenario in Chicago.

Morgan, who is also captain of recently crowned English Premier League champions, Leicester City, joined up with the squad last Friday, but the Jamaican management said he was 'tired' and in no condition to take the field today.

However, coach Winfried Schafer, believes the Caribbean team is still favourites to win the contest, but warned that they must be vigilant to avoid an upset.

Morgan joined up with the Reggae Boyz camp after weeks of celebrating his club's surprise Premier League title late last month. Schafer believes the stalwart defender is in no shape to take part in the first game.

"Our team is complete. Wes Morgan has come, but he is tired; that is clear. All week, he has not trained. He partied in London and Thailand, but I am very happy he is here and maybe he can help (play) in the second match, but not the first match because it is too difficult," he told The Sunday Gleaner.

The German is eyeing a win today, and although he is confident that they have the better team, he says the Venezuelans, regarded as one of the weakest teams in South America, have some quality and they should not be taken lightly.

"We want to win. We have to win. It's important. We watched 20 minutes of Costa Rica versus Venezuela and they are a very good team, good discipline. It will not be easy; it will be a very difficult match. This (Venezuela) team is behind us and we can't (afford to) lose. They, however, can get a good result if we are not careful," he said.

The Reggae Boyz go into this match fresh off a 2-1 victory over Chile, and although it has been a great confidence booster, Schafer insists that they will have to work even harder to get similar results in the tournament.

"The team has good spirit and good feeling now, but it is important not to get satisfied and feel that everything is OK. We have to work even harder. This Copa America Centenario is like a Gold Cup and Copa America together. We were in final of the Gold Cup and finished last in Copa America. We have a strong chance (to make second round), but we have to go match, by match. I cannot tell now. It's not easy, but we aiming to do our best," he said.

Meanwhile, Joel Grant has come in to replace Simon Dawkins who has a groin injury, in the squad.

The two key players for Venezuela are captain Tomas Rincon, who plays midfield for Genoa in the Italian Serie A, and tough forward Salomon Rondon of English Premier league team, West Brom.

Venezuela have had mixed results in their last two matches. They drew 1-1 with Guatemala on June 1 after they were beaten 2-1 by Costa Rica on May 27. Rondon scored for Venezuela in both matches.

In the opening match of the tournament on Friday, Colombia blanked the United States 2-0.