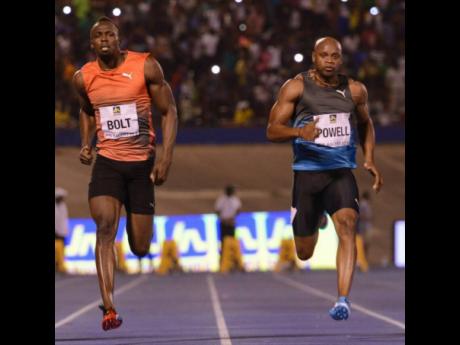 Usain Bolt says he is heartbroken by the prospect of losing a gold medal from the Beijing Olympic Games but is willing to return the 4x100m gold, which is now in jeopardy.

Carter ran the lead-off leg for the then world record - breaking team, which also included Asafa Powell and Michael Frater.

Carter, whose 'B' sample has reportedly also confirmed the presence of the stimulant, is expected to have his case heard by an IOC panel.

There is the possibility that he could face a suspension up to 18 months with Jamaica also standing the risk of being stripped of the 4x100m relay gold medal that Carter helped to secure in Beijing.

"It's heartbreaking, for years you've worked hard to accumulate gold medals and you work hard to be a champion, so it's heartbreaking but it's one of those things," Bolt told The Gleaner.

"Things happen in life, if it's confirmed or whatever and I need to give back my gold medal it's not a problem to me," added Bolt, who has won six gold medals over his two Olympic appearances.

This came after the big Jamaican geared up for an assault on more gold at this Summer's Olympic Games with a 9.88 seconds win in the 100m at the Jamaica National Racers Grand Prix in Kingston's National Stadium.

He finished ahead of fellow Jamaican stars Nickel Ashmeade and Yohan Blake, who both clocked 9.94 with Powell running fourth in 9.98 despite suffering a calf injury.

"It must be hard, I can't tell what he's (Carter) going through but it must be hard and frustrating. I'm not too pleased about the situation, I think it's rough for track and field but it's just one of those things," said Bolt.

Powell, could lose his only Olympic gold medal but he noted that he's more concerned about Carter.

"I'm more concerned about the athlete and I hope he gets through it. There's nothing I can do, it happens, it's just for them to make the right move," said Powell.

31 athletes returned positives from 454 retested samples from the Beijing 2008 Olympics with another 23 turning up from the London 2012 samples after 265 were retested.

Neither Carter nor his agent have offered any comments.