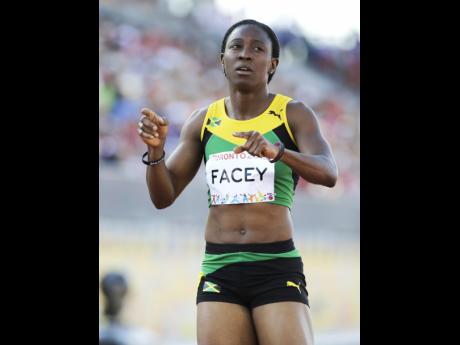 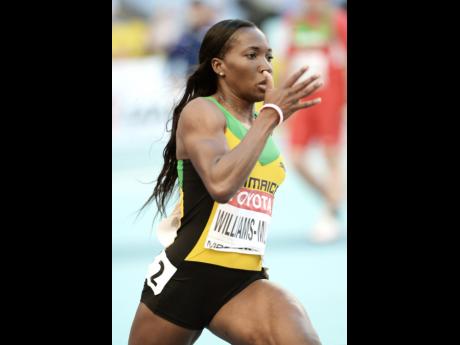 OVER HALFWAY through the 2016 Diamond League calendar, two Jamaican's are set to fly the flag for their nation as the premier track and field competition reaches Stockholm tomorrow evening.

Simone Facey and Novlene Williams-Mills will line up in the 200 and 400m, respectively, as both aim to put down their best times of the year ahead of the Olympic Games in Rio.

Facey, 31, faces some intense competition in the 200m, going up against a British trio in the shape of Dina Asher-Smith, Margaret Adeoye, and Desiree Henry, who are all capable of going sub-23 seconds.

However, the Manchester born athlete starts the race as favourite, having already put down a time of 22.65 earlier this season, which is the quickest time of all the athletes she will be racing against.

It's been eight years since Facey ran her personal best time of 22.25 in the 200m, but the sprinter has been building steadily this season, and provided she stays injury free, many anticipate her place on the plane to Rio is all but guaranteed.

Williams-Mills, 34, is another athlete who would shock the world of track and field should she not be present in Brazil. Her form this year sees her sitting in eleventh place in the IAAF rankings over 400m.

Always there when the major honours are being dished out, Williams-Mills is expected to dominate in Sweden tomorrow.

Her seasons best time of 50.87s, which she ran last month, is almost half a second clear of her nearest competitor, Britain's Seren Bundy-Davies.

Italian Libania Grenot and Britain's Anyika Onuora are both capable of producing sub-51-second runs, but their quality over the one lap sprint this season is short of what will be needed in order to mount a challenge to Williams-Mills.

Conditions permitting, there is every chance former world champion Williams-Mills could produce her first sub-50-second run for four years.