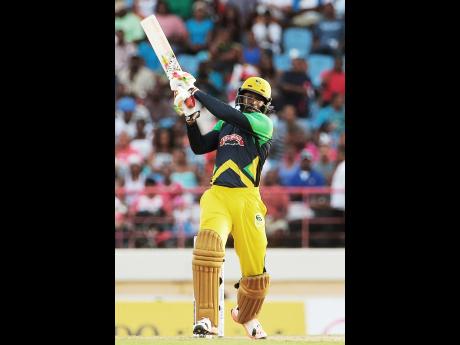 Maintaining momentum will be the order of the day when leaders Jamaica Tallawahs take on second-place Guyana Amazon Warriors today in their HERO Caribbean Premier League T20 cricket match at the Providence Stadium in Guyana, according to Tallawahs captain Chris Gayle.

The Jamaican franchise, with a record of two wins in as many matches, currently lead the standings on four points, the same as Guyana Amazon Warriors, who have also won their two opening matches but hold an inferior net run rate.

"We now move to Guyana and the hope is that we can sneak one out of the two games," said Gayle, whose team's opening victories against St Kitts and Nevis Patriots and Trinbago Knight Riders were scored in St Kitts and Trinidad, respectively.

"Two from two is always a good start, so the aim now is to try continue and to build some momentum on the road."

The encounter, which gets under way at 6 p.m. Jamaica time, will see the Tallawahs looking to keep their form as they aim to book a place in the final by topping the preliminary round.

The other finalist, on the conclusion of each of the six participating teams playing 10 preliminary-round games, will be decided following two semi-final play-off matches.

With this in mind, Gayle, who has scored a century and a half-century in the team's two matches to date, has also outlined the need for the Tallawahs to continue to perform.

"It's good to get a good start, but at the same time things can change quickly," he outlined. "We can go boom, boom and win two games, and then the next couple of games we drop back down.

"We still need to improve, especially in the outfield, as we dropped some crucial chances (against Trinidad), which could have helped changed the course of the game, and we also need to look into our death bowling as well."

The Tallawahs defeated the Knight Riders by seven wickets, while in their game against the Patriots they ran away five-run victors.

Head coach Paul Nixon could again ring in a change for the matchup, which will be Guyana's first at home this season, having brought in batsman Andre McCarthy for fast bowler Timoy Allen in their last game.

Allen was expensive in their first match, going for 38 runs off his three overs. McCarthy, in the meanwhile, was not required to bat.

Bowling against Trinbago, Bangladesh spin all-rounder Shakib Al Hasan went for a costly none for 26 runs off two overs, while opening the bowling; South African fast bowler Dale Steyn, one for 46 off his four; and off-spinner Jon-Russ Jaggaesar, none for 26 off three.