Coe calls on athletes to come forward with doping info 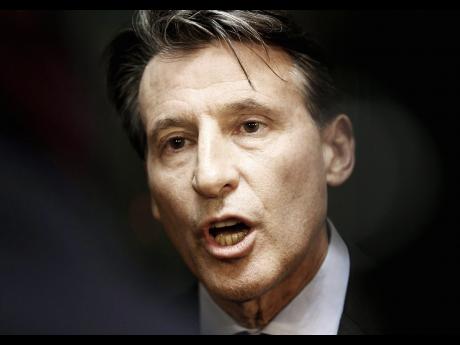 International association of Athletics Federation (IAAF) President Sebastian Coe called on athletes to follow the example of Russia's Yulia Stepanova and to blow the whistle on doping.

"It's a golden opportunity, that is not necessarily going to present itself again, for our sport to grab this moment. This is a historic moment," Coe said of the momentum that Stepanova helped create.

"They're there, at the side of the track, they're in the training groups. They know the coaches not doing it with integrity. They can help us and that's really important."

More than a year ago, Stepanova helped to blow the Russian doping scandal wide open as she and her husband, a former Russian anti-doping official, gathered a trove of evidence on how doping has worked in Russia.

On Wednesday, she competed in the European Championships as a neutral athlete, a breakthrough for athletes who might have information on doping but who fear going public because of professional consequences.

Unfortunately, she tore a ligament in her right foot during her 800m heat, further complicating her participation in the Rio de Janeiro Games next month.

"First of all, I would like to say that I don't want this just to be the end of the story," Coe told a small group of reporters.

"And I make this offer to all athletes. If you think you can help us get through this pathology quicker, if you can help us understand the nature of the challenge that we're dealing with, grab it with both hands and come forward."

Stepanova said as much after meeting with Coe late Thursday.

"I hope what you did for me gives permission for more athletes," Stepanova said. "If you want to do something right, people in the world will support you," she said.

Russian track and field athletes are banned by the IAAF from competing globally, including in the Rio Olympics, because of systematic doping, but Coe said 136 Russians have applied for clearances. Coe refused to address any individual cases.

Even though the IAAF and European Championships organisers have allowed her to compete, Stepanova's hopes of running in Rio are still in doubt. The IOC is holding to the principle that athletes have to compete under their national flag, and Stepanova said she would not be welcome on the Russia team after her doping admission and accusations.

On Thusday, the IOC changed its position when it opened the door to the possibility of her participation as a neutral athlete. The Olympic movement said it was asking its ethics commission for "advice" on the issue and will then decide whether Stepanova's participation "merits an exception to the rules of the Olympic Charter".