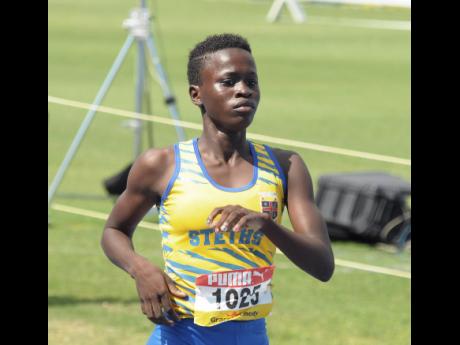 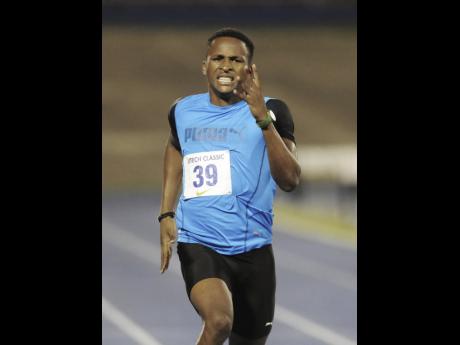 FOLLOWING a very successful six-day training camp, which came to an end on Monday at the G. C. Foster College for Sports and Physical Education, the country's top junior athletes will depart the island in three batches today as they set their sights on the IAAF Under-20 World Championships, which will get under way next Tuesday at the Zawiszaw Stadium in Bydogoszcz, Poland.

Head coach Donald Hawthorne was upbeat as he spoke to The Gleaner yesterday.

"The athletes are very confident going into the championships and they are very excited and will be hoping to surpass the medal haul of six, which was garnered two years ago in Eugene, Oregon," said Hawthorne, who pointed to the success of the training camp.

"I must say, the training camp was very successful as the athletes really showed improvement here, and it was good also in gelling everyone together especially the relationship between the management staff, coaches, and athletes," said Hawthorne, who also had high praises for manager Ewan Scott, who, he stated, worked tirelessly to ensure that everything was in place ahead of the team's departure.

The team suffered one major setback, however, as Kingston College athlete Akeem Bloomfield - the national junior 400m record holder - had to be withdrawn due to injury.

Bloomfield, who was down to run the 200m and form part of the 4x100m and 4x400m relay teams, aggravated a hamstring injury in training.

It will be a first-time competing at this level for the majority of the athletes, with only two returning to this championships in defending men 400m hurdles champion Jaheel Hyde and female quarter-miler Tiffany James.

Hyde will start as the big favourite to retain his title as he is the world leader in the event after clocking 48.86 seconds to finish second at the National Senior Championships.

Hyde, who is in a training camp with the Racers Track Club in England, will join the team in Poland.

James is hoping that the experience gained two years ago will help her to be among the medals this time around.

"I expect strong competition once again, but my aim is to be on that podium, and I will be working hard towards that. I am also aiming for a personal best, and, hopefully, that will help me to be among the medals," said James.

St Elizabeth Technical's outstanding female athlete, Junelle Bromfield, who is ranked number two going into the girls' 400m and who was absent from the camp as she is part of the MVP training group in Italy, will also join the team in Poland this weekend.

According to the IAAF website, this year's staging will see the second-largest participation ever at these championships as 1,518 athletes (832 men and 686 women) have been entered. Only the 2012 edition in Barcelona, Spain, which had 1,566 athletes, has bettered this year's entrants.