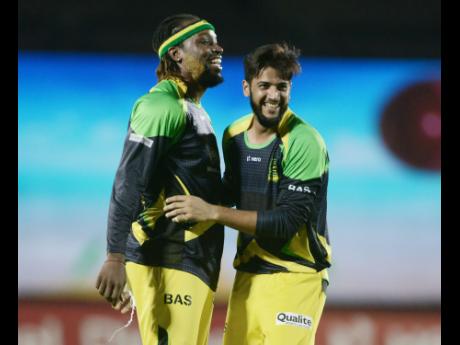 However, with momentum on their side, having recorded a two-from-two home record thus far, he is confident that the team has what it takes to continue that streak.

"We have set out for ourselves to win all games at home, and we are two from two,'' Nixon said after victories over leaders Guyana Amazon Warriors and St Kitts and Nevis Patriots on the weekend.

"This is our third game and could be the hardest, particularly after a day off, but we will be up and fully ready for the encounter.''

The matchup, will be the Tallawahs' eighth after a record of four wins, a no-result and a defeat and will represent a rematch between both teams, who, earlier in the tournament, squared-off at Queen's Park Oval.

Back then, a belligerent Chris Gayle, captain of Jamaica, scored a century, and the Tallawahs, in their second game of the tournament, ran away with a comfortable seven-wicket victors with 10 balls to spare.

The Dwayne Bravo-captained Knight Riders, on the back of half-centuries from South African batsman Hashim Amla and Australian Collin Munro, first posted an imposing 191 for four off their 20 overs.

However Gayle, despite an outstanding bowling performance from off-spinner Sunil Narine, who claimed one for nine off his mandatory four overs, was able to pilot the Tallawahs to 192 for three.

The hard-hitting left-hander was also supported by AndrÈ Russell, 24, and Kumar Sangakkara 20

"We had an outstanding performance against them in their backyard, and the aim is to repeat that here,'' commented Nixon.

"All the guys have been doing well now as we are winnings games from different positions be it with the bat or the ball, and for the group, that bodes well.

Jamaica are currently second in the points standings on nine points, one less than Guyana, who has played one extra game. Trinibago are third on six points from six matches and possess a record of three wins and three defeats.