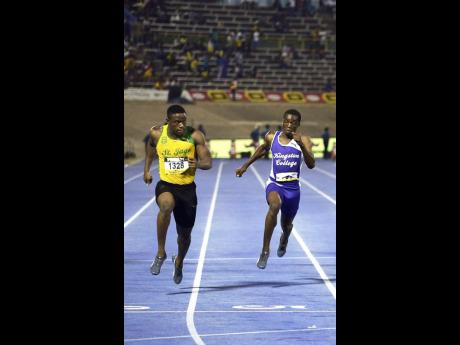 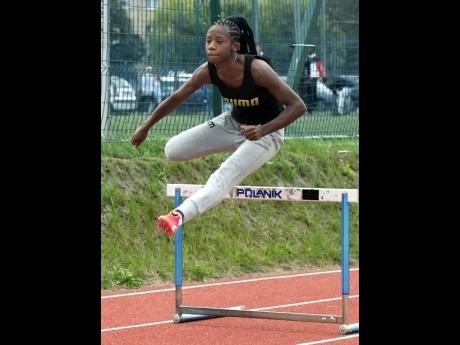 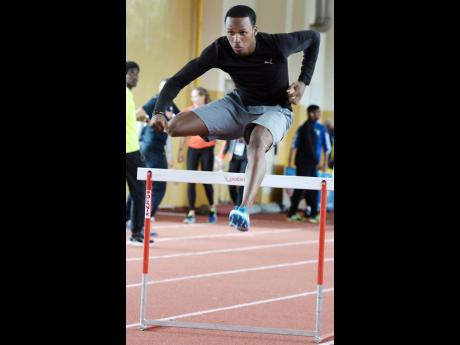 Collin Reid
Jaheel Hyde on the training track ahead of today's start of the World Junior Championships in Poland.
1
2
3

THE world's top junior track and field athletes, including 39 from Jamaica, will be battling for glory over the next six days, as the 16th staging of the IAAF World Junior Championships, renamed the IAAF World Under-20 Championships, gets under way this morning inside the Zawisza Stadium in Bydgoszcz, Poland.

The country is hosting its second World Junior Championships, following its first staging in 2008.

This year's championships will be the biggest track and field event to be staged in Poland, and it will be the second-biggest ever World Juniors, with 1,518 athletes - 832 men and 686 women - are down to participate.

Only the 2012 Championships in Barcelona, Spain, where 1,566 athletes took part, had greater numbers.

Ten Jamaicans will be in action on today's opening day, with a record six in field events and four on the track.

Head coach of the Jamaica team, Donald 'Danny' Hawthorne, is upbeat about the chances of the athletes, who completed a three-day camp in Poland yesterday.

"The vibes in the camp is very good and even today (yesterday), we had a 90-minute training session, where everyone was present, including those competing today, who did a light work-out," he said.

"At this moment, I can say that there are no injury concerns and all the athletes are raring to go," the veteran coach informed.

HAVE TO STICK TO RULES

Hawthorne also dismissed speculation surrounding number-one sprinter Nigel Ellis, who was disqualified for a false start at the national junior trials, as it relates to the men's 100 metres.

"Both young men - Raheem Chambers and Jhevaughn Matherson - who finished in the top two at the National Champion-ships, are fully fit and will compete in the event as we have to abide by the rules," he said.

The first Jamaican in action today will be Sanjae Lawrence, who will compete in Section A of the qualifying round of the men's shot put (at 2:35 a.m. Jamaica time). Qualification mark is 19.45m, or the best 12 competitors advance.

Lawrence's Petersfield High schoolmate, Kevin Nedrick, will compete in Section B. The final is scheduled for 1 p.m. (Jamaica time).

Shawn D. Thompson and Obrien Wasome will grace the track at 4:55 a.m. (Jamaica time) in qualification round of the long jump. The former will be in Group A, with the latter competing in Group B. The qualification standard for tomorrow's final is 7.70m, or the best 12.

Matherson and Chambers will be the first two Jamaicans to be involved in track events, when they close out action in the morning session in the preliminary round of the men's 100m. Matherson will race from lane seven in Heat 2 at 5:12 a.m. (Jamaica time), while Chambers will run in lane eight in Heat 6 at 5:40 a.m. The top three and six fastest losers will advance to tomorrow's semi-finals, with the final slated for later in the day.

Shanice Love, the fourth-ranked discus thrower among females, will be the first Jamaican to compete in the second session of the day, when she throws in Group A of the qualification round of the women's discus at

St Elizabeth Technical's Junelle Bromfield, and Tiffany James of Mico University College, the only females on the track for Jamaica today and who both could be among the medals, will compete in the preliminary round of the women's 400 metres.

Bromfield, who is now the top seed at the Championships with her season-best 51.74 seconds, will take the track at 12:18 p.m. (Jamaica time) and will run out of lane seven in Heat 11.

Both look set to qualify easily to tomorrow's second round.