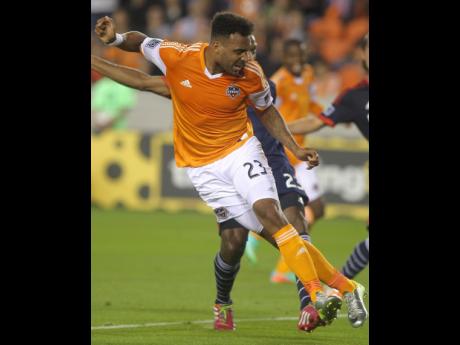 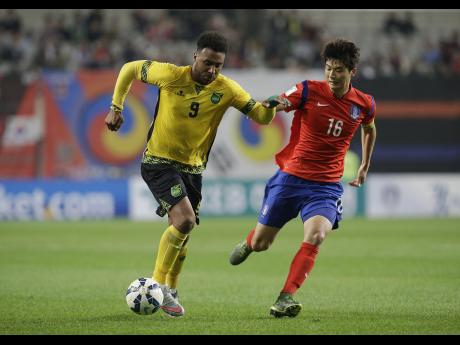 Things could come full circle for Reggae Boy Giles Barnes if one of the whispered moves afoot for him materialises before the transfer window closes on August 31.

Barnes, the 27 year-old captain of Major League Soccer (MLS) team Houston Dynamo and, perhaps, their closest to a franchise player for just under four years, could be headed back to the United Kingdom, the place where he first came to prominence.

"Yes, there are interests (in Barnes) from Europe. These include multiple interests from premiership and championship clubs in the United Kingdom," Cory Gibbs, Barnes representative said about the situation.

Gibbs added that while Barnes is open to the idea, the Dynamos are reluctant to let him go.

"Houston, at the moment, are not interested in letting him leave. They want to keep him. He is a valuable asset to them," explained Gibbs, himself a former professional footballer.

"He is loved, he is a major figure for the city, he is an icon for the club and the city," Gibbs said of the player who has been a fixture in the team since he moved to Houston in August 2012. His pictures are among the more prominent at the BBVA Compass Stadium, home of the Houston Dynamo.

Barnes, who began his career at Derby County, was a highly regarded youngster who justified the hype by winning the Young Player of the Year Award in 2007 and the Championship Player of the Month in March 2007. In that same year, he aided the team in promotion to the premiership. Three years later, he achieved a similar feat by helping West Bromwich Albion up to the premiership.

Injuries started afflicting Barnes in the 2007 season and followed him through his brief spells with Fulham, West Bromwich Albion and Doncaster. A number of clubs refused to take a chance with him as he was viewed as an injury risk. Now just shy of 11 years since making his professional debut as a 17 year-old, Barnes is a transformed player. Physically, he is more sturdily built and is a consistent player and producer.

In 2013, he won the Dynamo Budweiser Golden Boot and followed that up in 2014 with the Dynamo MVP, Players' Player of the Year, the Budweiser Golden Boot, and the Ironman of the Year awards. His star continued to rise as he was selected to play for Jamaica, scoring on his May 28, 2015 debut against Venezuela in Montego Bay. From there, he was selected for Jamaica's historic Copa America participation, which was followed by a historic run in the Gold Cup later that year. Barnes scored for Jamaica in a 2-1 win over the United States in the semi-final over the United States on American soil, a first, as they advanced to the final.

With his body and reputation rehabilitated, Gibbs said it was no surprise that teams from the UK are once again looking at the Barking-born player.

"The interest in him now is not a surprise because he is an exceptional player with loads of ability. He is partly English in that he has a British passport, so there would be no need for a work permit.

"For me, Giles is massively valuable to the club and it is his abilities and production why he is being compensated the way his current club (does) and why they want to hold on to him," Gibbs said of the former England Under-19 player.