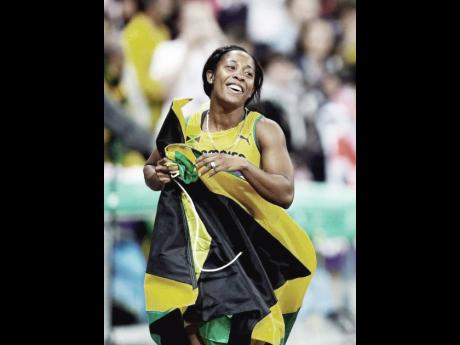 She is one of the greatest sprinters of all time and now, Shelly-Ann Fraser-Pryce is set to become the sixth woman to carry Jamaica's flag at the opening ceremony of the Summer Olympics, after she accepted the Jamaica Olympic Association's selection ahead of next week's big show in Rio de Janeiro.

Fraser-Pryce, one of Jamaica's most decorated athletes in history, will be defending her 100 metres title here, after her wins at the 2008 and 2012 Games in Beijing and London, respectively.

She is looking to become the first athlete in history to win three successive Olympic gold medals in the 100m. Fraser-Pryce shocked the world in 2008 when she won gold before repeating the feat four years later in the British capital. She is one of three women to have ever won two Olympic gold medals in the 100m after USA's Wyomia Tyus, who won gold in 1964, and 1968 and Gail Devers, who matched this feat at the 1992 and 1996 Games.

Chef de Mission for Jamaica's team in Rio, Vishu Tolan, confirmed that the sprinter had been asked and has accepted the request to carry the nation's flag at Friday's opening ceremony.

The 29 year-old sprinter has had to endure a challenging season - one she has described as her roughest since turning pro - after suffering several setbacks due to a stubborn toe injury.

Fraser-Pryce was second over 100m at the London Diamond League a week ago, finishing in a time of 11.06 in the final after earlier winning her heat in 11.03.

She will lead Jamaica's 63-member team, the largest in country's history, into the iconic Maracana Stadium on Friday at 8 p.m. (6 p.m. Jamaica time).

Jamaica's previous female flag-bearers at the Summer Olympics have all represented track and field with Merlene Ottey (1988 and 1992); Juliet Cuthbert (1996), Deon Hemmings (2000), Sandie Richards (2004) and Veronica Campbell-Brown (2008) completing the list.

Usain Bolt was Jamaica's flag-bearer at the last Summer Olympic Games in London.

All of the country's 10 previous flag-bearers at the Summer Olympics have been track and field athletes.