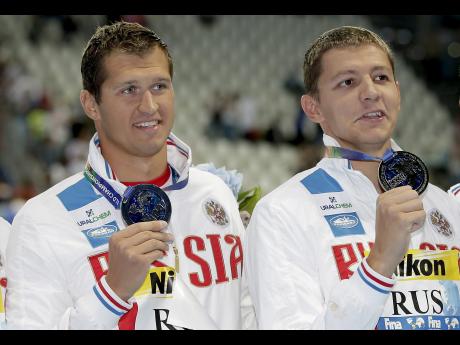 Two Russian swimmers filed an appeal Saturday against their exclusion from the Rio de Janeiro Olympics, claiming the ban is "invalid" and "unenforceable".

The Court of Arbitration for Sport (CAS) said it received appeals from Vladimir Morozov and Nikita Lobintsev, both seeking to overturn their bans over state-sponsored doping allegations.

The two were barred from the Games by swimming's world governing body, FINA, in line with the new criteria announced by the International Olympic Committee (IOC) for Russian athletes .

FINA said the swimmers were implicated in the report by World Anti-Doping Agency investigator Richard McLaren that detailed state-sponsored doping in Russia across more than two dozen summer and winter sports, including swimming.

CAS said the appeals were filed against the IOC and FINA.

The IOC executive board decided last Sunday not to ban the entire Russian Olympic team from the Games, but it ordered all individual sports federations to apply new criteria to decide which athletes could be allowed to compete.

CAS said the swimmers appealed that the IOC ruling should be thrown out because it is "invalid and unenforceable". They also want FINA's decision to be "set aside" and for the IOC to validate the entries submitted by the Russian Olympic Committee.

A panel of arbitrators will hear the case and issue a ruling.