Fraser-Pryce as good as ever - coach Francis #RioGoldRush #JAinRio #Rio2016 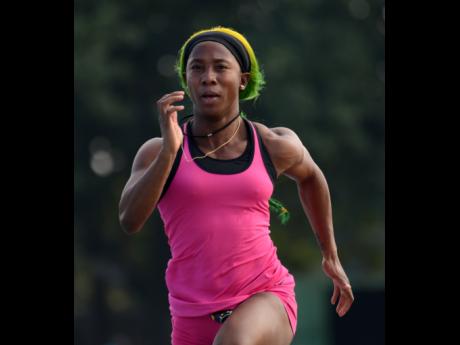 RIO DE JANEIRO, Brazil:
Coach Stephen Francis is expecting two-time defending 100m Olympic champion Shelly-Ann Fraser-Pryce to be as good as ever in Rio and believes she will be pushed by her underdog tag, after her injury-riddled season.

Fraser-Pryce has been held back this year due to a serious toe injury but Francis told The Gleaner that the medal magnet has made significant improvements in training over the past few weeks and that he expects her to again be a major contender for the gold medal.

“Come August 12, I think she (Fraser-Pryce) will be as good as she as ever been,” Francis told The Gleaner shortly after a training session yesterday.

“The improvements in her training have been massive!” added the veteran coach, who shared that he was a bit disappointed with Fraser-Pryce’s times at the recent London Diamond League where she clocked 11.03 and 11.05 in the 100m despite a heavy training schedule.

Fraser-Pryce won gold at the Beijing and London Olympics and is expected to square off against her training partner Elaine Thompson and Dutch star Dafne Schippers in what is sure to be a fierce contest for the top podium spot.