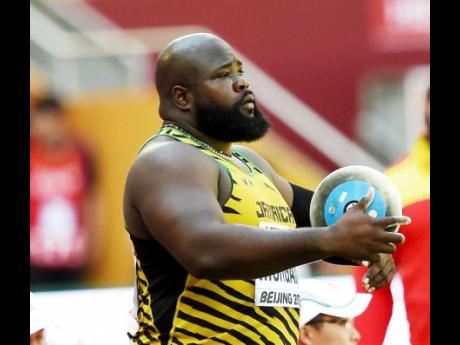 Jason Morgan, who threw a mark of 59.08 metres at the Trial, has not thrown the Olympic qualifying standard of 65.00m this season.

Jamaican discus thrower, Jason Morgan, has lost his bid to secure a place on Jamaica’s team now in Brazil for the Olympic Games-which starts today.

The Court of Arbitration for Sport ruled this afternoon that Morgan’s application seeking to appeal his non-selection by the Jamaica Administrative Athletics Association (JAAA) was "inadmissible”.

The three-member ad hoc CAS panel explained that for it to decide on the matter, the dispute has to occur during the Olympics or ten days before the Games.

Since the dispute occurred more than 10 days before the opening ceremony, the application could not be considered by the ad hoc committee of the highest court in sports.

Morgan, 33, had filed his appeal against the JAAA on August 1.

At the June Olympic trials in Kingston, Morgan had finished fourth and outside the top-three automatic qualification spots.

The Court made its decision based on written submissions from Morgan’s legal team. On those submissions, the court said the arguments did not demonstrate that all internal remedies with the JAAA were exhausted.

Meanwhile, even if Morgan had won his case to be selected on Jamaica's team, he would not have made the cut as the court noted that the quota of 30 discus throwers for the Games has been filled.

Morgan, who threw a mark of 59.08 metres at the Trial, has not thrown the Olympic qualifying standard of 65.00m this season.