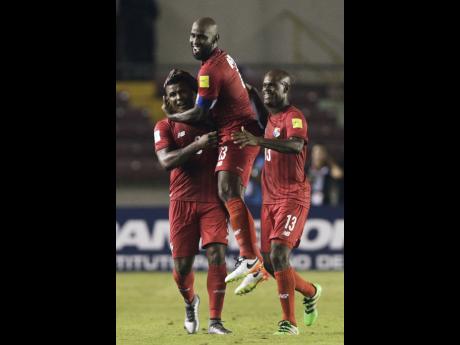 Goals from Gabriel Torres and substitute Abdiel Arroyo handed the hosts a 2-0 win in Panama City.  It left the Reggae Boyz on four points from five games and third in CONCACAF World Cup qualification semi-final round Group B and no hope of advancing. Panama, ten points, and group leaders Costa Rica on 13 will move to the final round where six teams will compete for three automatic spots to the next World Cup in Russia.

Jamaica had started well and surprised the Panama defence after just ten minutes. A Jamaican corner found the head of a Panama  defender then hit the back upright and went into the hands of the very grateful goalkeeper Jaime Penedo.

The hosts gradually took control and with some penetrative runs in midfield from Alberto Quintero soon had the Boyz on the backfoot.

It was Quintero who provided the pass for the opening goal.   From a swift counter-attack the midfielder found Torres with a  perfect defence-splitting pass and the latter sent a bullet past Andre Blake in the Jamaican goal in the 28th minute.

From then on the Panamanians dominated  the action but failed to beat  Blake again until two minutes into injury time. A mistake in the Jamaican defence gave Blas Perez the space, and the time, to pick out substitute Arroyo and the latter rushed into the 18-yard box and shot low and hard past Blake inside the far post. The goal sent the Panamanians into wild celebrations.

Jamaica will play their final match of a disappointing campaign against  Haiti at the National Stadium on Tuesday.