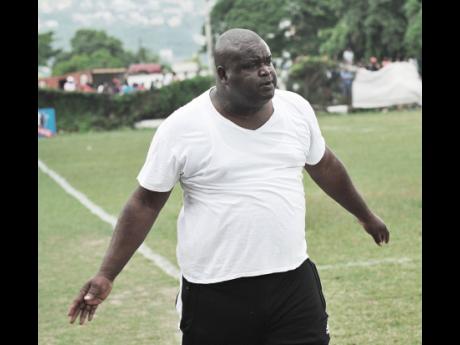 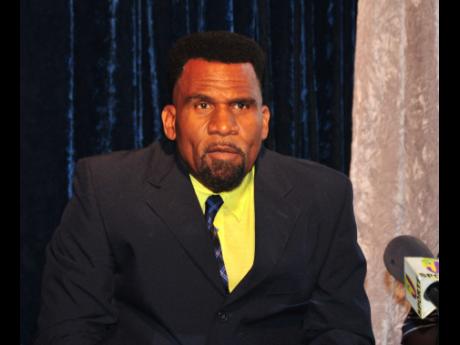 For the first time in 24 years, Maverley-Hughenden FC will be competing among the country's football elite, and the man charged with leading their charge is Lijyasu 'Shaka' Simms.

Like the great Zulu warrior from whom he earned his nickname, Simms is fearless and believes that his charges have just as good a chance as anyone else despite the fact that they start their battle against the Red Stripe Premier League defending champions.

"I expect nothing but the best from Montego Bay United. They are the defending champions and are a good team as they play good football, but we are here among them and we belong," Simms said ahead of their encounter with Montego Bay United.

"We are going down there to give of our best and we expect to put in a good performance and get a good result. Football is a game in which you don't know the score until the final whistle, so there can be no result until the game is played," added Simms, who previously shared coaching duties in the league at Arnett Gardens.

Today's game, Simms said was more than about a squad of players representing their team. It is about the hopes and dreams of a community.

"It is a very big occasion for the club and the community. It has been 24 years since we were at this level and it means so much to the community, so we have to go out there and represent to the best of our ability. We know it will be tough, but we have to give of our best," added Simms.

If the reports coming out of the Montego Bay United camp are true then this could be the best time for Maverley-Hughenden to invade as their enemy is weakened by injuries.

"Based on how the league is run, champions are usually paired with entry-level teams for the opener, so we are not surprised who we got. They are a Premier League club now, so we will not approach this game as if they are a walkover," said president of Montego Bay United Orville Powell.

"We have our challenges, too, such as injuries. We will have to make adjustments and see how they work. Fabian McCarthy may not be ready, Ronaldo Rodney is injured, Dino Williams is not fully fit, Jermaine Wozencroft and Keniel Kirlew are not back yet and these are key players," added Powell whose team will also be without the prolific Owayne Gordon who is currently on loan in the United States. First string goalkeeper Jacomena Barrett is also out on duty with the national team.

The veteran Dwayne Ambusley, Ladale Ritchie and Allan Ottey will lead the charge for the defending champions.

Powell confessed that Maverley-Hughenden could approach the game with some confidence due to the weakened state of Montego Bay United's troops.

"It may be a great time for them to meet us based on where we are in terms of readiness. That is from their point of view," Powell added.

But while recruits are not normally thrown straight into war Simms said these ones are ready.

"We had positions to fill, we looked at people to fill those positions and if we did not think they were ready and good enough we would not have brought them in," Simms said confidently.

Fellow newcomers Jamalco may feel at home when they make the short trip to Juici Park to take on last season's runners up and parish standard bearers Portmore United. For them a good result against Portmore United would be an excellent measuring stick and example for them. Like them Portmore United topped the play-offs to get into League and they can compete favourably with Portmore United, it could be a confidence booster for them.

Jamalco also recruited heavily and have added players a number of premier league experience an important ingredient for the big league first-timers.

In other games Arnett Gardens will host Reno at Barbican, Waterhouse travel to UWI Bowl, Mona to challenge UWIFC while Humble Lion will welcome Boys' Town to the Effortville Community Centre all for 3:30 starts. In the late game at 7 p.m. Harbour View will take on Tivoli Gardens.