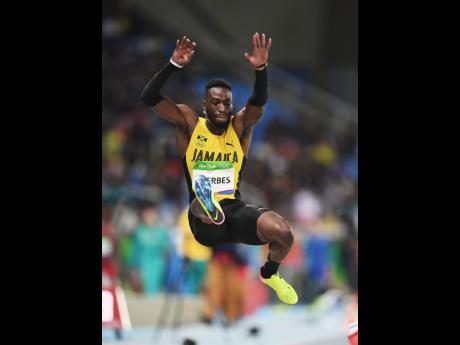 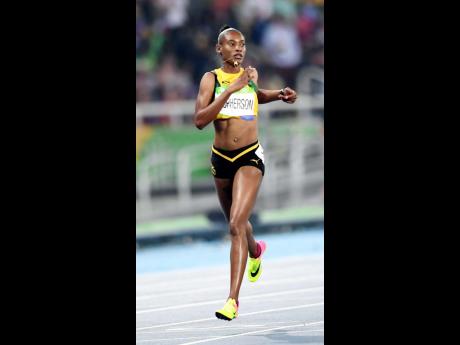 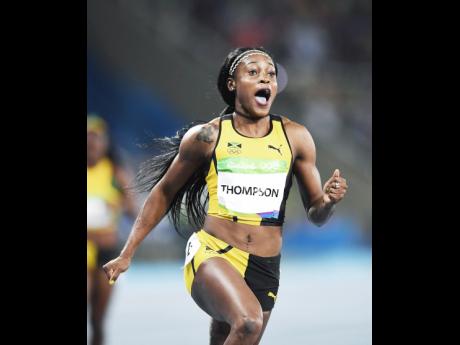 Remember that Shirley Bassey song Diamonds are Forever, the James Bond theme song from the ’70s?

You probably have better memory of the Kanye West sample, which itself may very well be blazing through the headphones of three Jamaican stars as they go into today’s Diamond League finale at the Brussels Memorial van Damme meet inside the King Baudouin Stadium with an eye on the glistening Diamond Trophy and the even more dazzling US$40,000 cash prize that goes with it.

Elaine Thompson, Stephenie-Ann McPherson and Damar Forbes all have a chance of getting their hands on the top prize on the global athletics circuit, with Thompson and McPherson starting from the front in their respective events – the women’s 100m and 400m – and Forbes looking to make up some ground with his third-place positioning in the men’s long jump.

Like it was in Zurich several days ago, points are also doubled for Diamond League finale events here, so a win will get you 20 points; second place, 12; third brings in eight; with six, four, and two points offered for positions fourth to sixth; nothing for the seventh- and eighth-place finishers.

Thompson (30 points), who has been riding a cloud since her double gold medal haul at the Rio Olympic Games, is eight points better than her nearest rival, 200m Diamond Trophy winner Dafne Schippers, and simply needs to finish in the top two in today’s 100m, which also includes Christania Williams and Simone Facey, if she’s to win her first Diamond Trophy.

“I wasn’t focusing on the Diamond this year, but I went out and ran a lot of 100m races this season and I’ve won and executed as best as I can, and to be here running the last 100m to try for my first Diamond League trophy is a marvellous feeling,” said Thompson, who has not lost a single 100m this season in her 11 starts to date. In fact, she has only lost two of her last 20 100m races since 2015.

The country’s stars haven’t been quite as dominant in the women’s 400m, where McPherson is aiming to follow up on Novlene Williams-Mills’ 2014 win with a Diamond of her own in the one-lap event.

She’s also in a good position. McPherson (31 points) needs to win the race or finish second and hope American Natasha Hastings isn’t the person ahead of her to win the Diamond Race.

There are several other permutations given the closeness of this face-off with the American just three points behind.

Essentially, once McPherson finishes in the top three with Hastings behind her, or more than one position ahead of her, the title will belong to the Jamaican. The math will be even simpler if Hastings finishes sixth or lower. That won't happen though.

One person more than capable of beating these two is Olympic bronze medal winner Shericka Jackson, who despite seeming a bit jaded with a couple of flat post-Rio performances (52.14 and 51.10), always finds an extra gear under the spotlight.

The entry of 800m standout Caster Semenya in the 400m is sure to also add to the dynamic. Olympic gold medal winner Shaunae Miller is not entered to compete here.

Forbes (17 points) didn't have a great Olympics but a win here would no doubt go some way in making the season seem a bit brighter for the long jumper.

He'll need to repeat his win from the Monaco Diamond League for his best chance of winning the diamond in his event with China's Xinglong Gao and Australia's Fabrice Lapierre both coming in with 24 points.

Forbes will need to finish on top or at least take second place and hope the pair finishes behind him with a third place finish leaving the Jamaican's only chance for the diamond down to the others not scoring at all.

Kimberly Williams will line-up in the women's triple jump looking for her first win in the event since late July. Kaliese Spencer runs in the women's 400m hurdles while Julian Forte will also feature in the men's 200m with both also looking to end their seasons on a high.