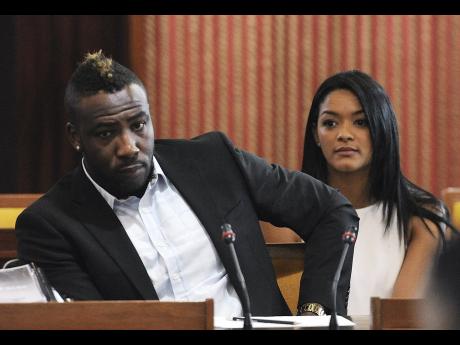 In advancing a case on behalf of West Indies cricketer Andre Russell, Queen's Counsel Patrick Foster said his client has an obligation to prove he was not negligent in violation of the whereabouts rule, contending that the Jamaica Anti-Doping Commission (JADCO) will be forced to prove negligence from the evidence given.

The cricketer's anti-doping disciplinary hearing got under way at the Jamaica Conference Centre in downtown Kingston yesterday, following a preliminary hearing in July at The Courtleigh Hotel in New Kingston.

The case against the Jamaican is further arguing that Russell was fully aware of all the violations and that the cricketer had received all correspondence and was in possession of all documents relating to his alleged filing failures.

"The thrust of our case is that the doping authority, JADCO, must prove negligence that has to emerge in the context of the evidence as it is given, so that is, essentially, our position. The burden of proof is on JADCO," Foster told The Gleaner.

Foster has claimed that Russell only received correspondence for two periods - January to March 2015 and July to September 2015 - for allegedly missing the out-of-competition doping tests.

It was revealed by JADCO that director Carey Brown, who was also named as a witness, was absent because he was being involved in a motor vehicle accident last week and is currently recuperating. He is expected to take the stand in about three weeks.

Foster said while Russell would prefer to be playing cricket right now, he will be looking to prove innocence.

"Mr Russell prefers to be playing cricket right now, but he has an obligation to be here. I am just going to advance the case on behalf of my client and explore the evidence given by JADCO," he added.

The lawyer argued that the whearebouts rule does not permit the fixing of an immediate deadline and questioned the witness on what basis JADCO had arrived on its fixed deadline dates.

The hearing will continue with cross-examination of Russell on September 28 at 10 a.m. at the same venue.

Russell's lawyer said his client will be giving a statement or take the stand "if it reaches that point".