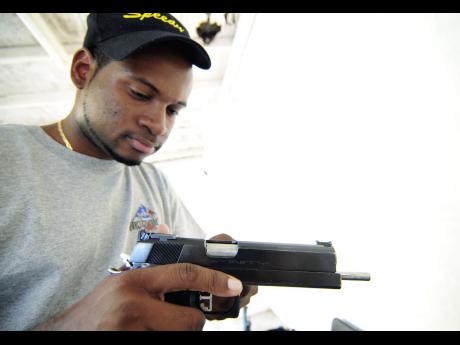 Jamaican shooters proved they can compete with the countries more favourably placed and funded for professional shooting as the week-long United States Nationals ended in Frostproof, Florida, on Thursday.

Lesgar Murdock, who is now US-based, produced the best among a cadre of Jamaican shooters who performed creditably.

He pulled off a stunning performance in landing a top place among a whopping 294 shooters who contested the stellar Limited division. The event, which was won by less than a percentage point by Jonassan Mills over Robert Vogel, saw Murdock finishing a very good ninth. He amassed 1892 points at 89 per cent. Of 22 stages, he achieved eight top-ten finishes and even won stage twelve, valued at 120 points.

Ronald Brown Jr, who has now firmly taken on the mantle of best local-based shooter, finished 24th at 78 per cent. Andy Yapp, ended at 38th place at 74 per cent, and Orville Henriques, 48th with 72 per cent, rounded out the best performances by Jamaicans.

The lone female shooter from Jamaica, Sue Ann Henriques, was caught among a tough group, but even at 176th position, her 51 per cent was fantastic among females. The best performance by a female was 63rd position by American Ashley Rheuark.