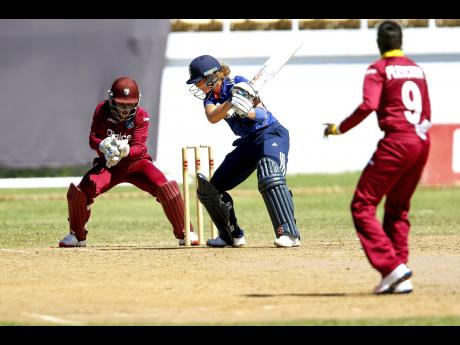 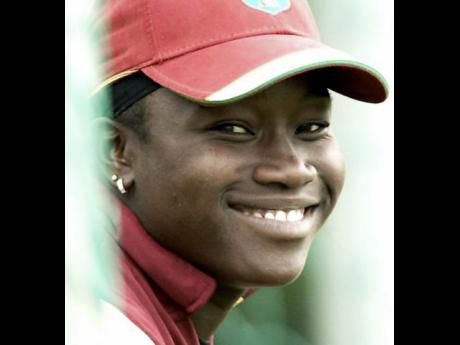 Frontline batter Deandra Dottin is backing West Indies Women to bounce back in Game Two of their five-match one-day international series against England Women at the Trelawny Multi-purpose Stadium today.

The Caribbean women, despite a decent bowling performance, lost the first encounter by a narrow five runs in the first game, which was played at the same venue last Saturday.

"It was tough the way we lost the opener, but there were a lot of positives to take from it," stated Dottin, who was the West Indies leading bowler and batsman on the day.

"We bowled pretty well to restrict them to a total under 150 and started well in our victory chase. We, however, lost wickets at crucial points, which affected our momentum."

Electing to bat, after winning the toss, England were bowled out for 149 with five deliveries to spare.

Dottin, bowling medium pace, was the pick of the bowlers for the home team with three for 21, while there were two wickets each for Afy Fletcher and off-spinner Anisa Mohammed.

The run chase then started with West Indies openers Hayley Matthews, who made 26, and Shaquana Quintyne, 25, putting on 59 for the first wicket.

However, coupled with a hamstring injury to marquee batter and captain Stafanie Taylor and a regular loss of wickets, the West Indies failed to capitalise on their start and were bowled out for 144 with 5.4 overs remaining.

Dotting top-scored with 27, while the other notable contributor was lower-order batter Shermaine Campbelle, who ended unbeaten on 24.

Opening pacer Katherine Brunt, who wrapped up the West Indies innings by claiming the last two wickets, ended with three for 24 off 9.2 overs, while left-arm spinner Alex Hartley took three for 26 off nine overs.

"What the first game shows is that this could be a very competitive series,'' remarked Dottin. "It is for us, therefore, to dig deep and come out with better performances."

The final three matches of the series, to be played at Sabina Park, will be played as part of the ICC Women Championship, which is being used as a qualifier for next summer's ICC Women's World Cup in England.

Australia, leaders of the championship with 30 points, has already qualified for the World Cup, with West Indies, on 20 points, second; England, on 19 points, third; and New Zealand, 16 points, fourth.

Two points are awarded for a match victory, with one point offered for a no-result. The eight-team championship will climax later this year.