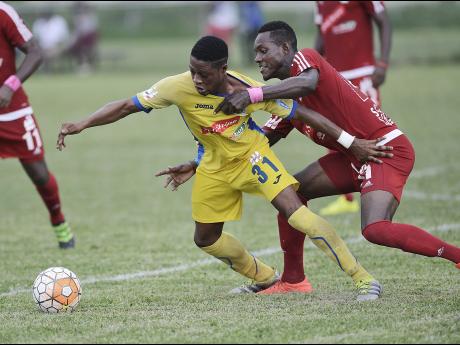 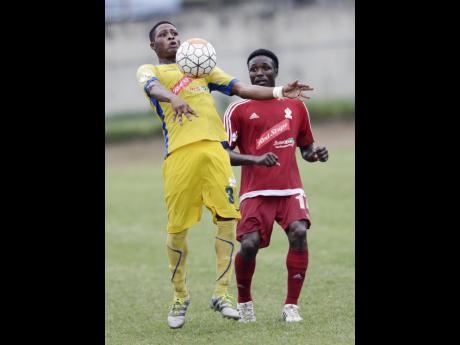 “It was a frustrating game for us.” University of the West Indies FC’s (UWI) assistant coach Andrew Peart cut a frustrated figure after the league leaders were held at home against 10-man cellar dwellers Harbour View in top-flight action yesterday.

Harbour View halted red-hot UWI FC’s winning streak with the teams battling to a 1-1 draw in the Red Stripe Premier League (RSPL) at The UWI Bowl in Mona yesterday. The visitors took an early lead when Ranique Muir slotted past the advancing UWI goalkeeper Amal Knight in the fifth minute. However, that strike was cancelled out by Deno Schaffe in the 50th minute.

Harbour View were later reduced to ten players when Nicholas Beckett was shown a red card by FIFA referee Odette Hamilton for a dangerous challenge on UWI’s Kemar Flemmings in the 47th minute.

Both teams had their share of possession and both enjoyed periods of dominance. Harbour View looked better in the first half and were rewarded with the early strike, while UWI took control in the second half, an effort which led to their equalising goal.

“It was a frustrating game for us. We started slow and went behind. Then in the second half, we played better. However, we did not show enough aggression after Harbour View went down to ten players,” Peart told The Gleaner.

Coach of Harbour View Ludlow Bernard credited his team for a fighting game after the red card.

“It was a battling performance from the team. We deserved to win as we got the better chances. I believe that with the extra player on the pitch, we could have done better,” Bernard claimed.

Despite the draw, UWI continue to lead on 20 points in the 12-team table, while Harbour View remained in 11th position on six points.