Garden party in the Jungle 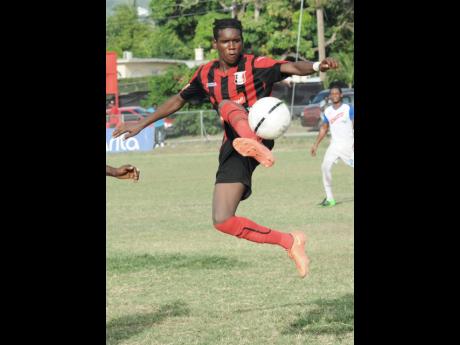 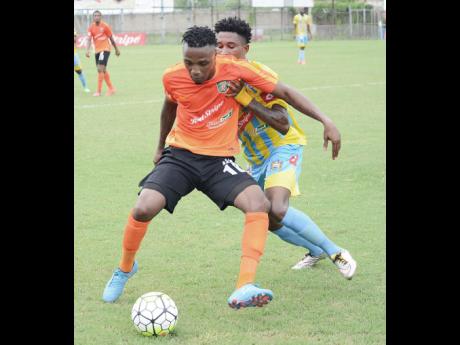 They may be close to the middle of the table, but these two rivals will top the bill in today's round of the Red Stripe Premier League (RSPL).

Arnett Gardens, a team favoured by neutrals and one which increased in popularity when the likes of Walter Boyd, Onandi Lowe and Fabian Davis - all national players - donned their colours, will headline today's RSPL action when they host their biggest rivals, Tivoli Gardens, in a game which represents more than football for many. Kick-off time is 3 p.m.

While many will be looking on at the quality of football on display, others will be looking at the sharpness, or the lack thereof, of the Arnett Gardens team as they did not train for three days. The Junglists, as Arnett Gardens are dubbed, are, at least, one of two teams in turmoil after the salaries of players and coaching staff were slashed.

"There are several things that can affect us, but we just have to put them behind us. Yes, we have not trained for three consecutive days and this morning we had a training session for the first time since then," Arnett Gardens coach Jerome Waite confirmed to The Sunday Gleaner yesterday.

That situation, Waite conceded, could give the visitors the advantage, but he added that the significance of the game will not allow his team to be anything less than competitive.

"The opposing team could have the advantage, yes, but a game against Tivoli Gardens is always more than just a game. Politics is always a factor. There is the rivalry and bragging rights, of course. It is our equivalent of a Manchester City-Manchester United derby. That is how big it is.

"With that being the situation, you know we will find a way. Anything but a positive result will not satisfy us. Our objective is to ensure that we don't lose at home - as we did two years ago when we last won," Waite explained.

As far as Tivoli Gardens are concerned, they are running into good form at the right time.

"We foresee that this game will be a very tough one as Arnett Gardens are playing well and are playing at home. Traditionally, these games are very physical ones and this should be no different," Coach Omar Edwards said.

"What is good for us is that we are coming off a good result. Our last game, a 3-0 win over Reno, shows that we are capable of scoring goals and preventing other teams from scoring, so this is a plus for us," added Edwards.

What is even more positive for Edwards is the fact that his team is gelling nicely. Veteran goalkeeper Edsel Scott, he said, has come in and brought experience and confidence to the team. Scott's experience, as well as the quality of another veteran, Jermaine Johnson, added to those of emerging stars Elton Thompson, who has scored three goals in two games, and the midfield duo of Tevin Shaw and Marvin Stewart.

Arnett Gardens, on the other hand, will be looking to the veteran pair of captain O'neil Thompson and Dicoy Williams to provide leadership at the back and count on the offensive gifts of Fabian Reid, Marvin Morgan, Kemal Malcolm and the young Damari Deacon to provide the ammunition.

At Wespow Park, the defending champions, Montego Bay United, will have it all to do against leaders UWI FC, especially in the absence of their top forward, Dino Williams, who got himself sent off against Portmore United last week. Former champions Harbour View will be aiming to continue their stabilisation with a win over the struggling Jamalco.

Second-placed Humble Lion will look to show their superiority over the surprisingly competitive Maverley-Hughenden FC. Wolry Wolfe has led Humble Lion from the front as always, but the Humble Lion backline will have to contend with Phillip Peddie, who has scored in every single game he has played since his return from overseas.