Boyz gear up for Suriname clash ...Whitmore confident despite injuries to key players 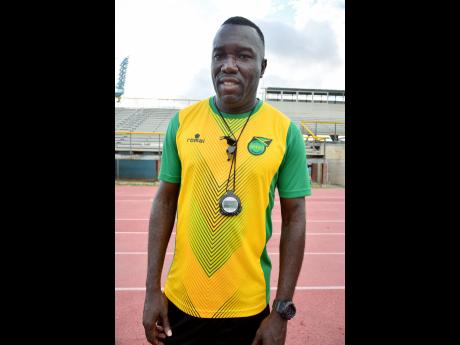 Captain Je-vaughn Watson and Kemar Lawrence have been ruled out of Jamaica's crucial Caribbean Cup qualifier against Suriname at the National Stadium this Sunday.

Watson has been sidelined for six to eight weeks after doing an operation on his hernia, while Lawrence will miss out after picking up a hamstring injury in the New York Red Bulls' play-off game against Montreal Impact last weekend.

Although coach Theodore 'Tappa' Whitmore will miss the pair and anticipates a tough encounter against the Surinamese, he is convinced that victory will be theirs at the end of 90 minutes on Sunday.

"We know that once the national team has a game, it's going to be tough. We overcame Guyana, and now, we are looking forward to the Suriname game, and we don't want to leave anything up to chance," he said.

(Despite the injuries) we are looking for a good game and a good performance and a positive result," he told The Gleaner at the team's training session at Stadium East yesterday.

With Watson out, goalkeeper Andre Blake has been handed the mantle to lead the team and has welcomed the responsibility.

"It's my first captaincy at the national level. It's a privilege, an honour, so my job now is to try and get the players on the same page so we can go out and do what we have to do. For me, it's no added pressure. I'm a leader and I will just be me," he said.

Jamaica and Suriname are tied on three points after both scored victories over Guyana. However, Whitmore wants to avoid the kind of start they had against Guyana, and victory on Sunday would secure their place in the regional Caribbean Cup and the CONCACAF Gold Cup.

"Suriname is a hard-running team, but Caribbean teams playing against Jamaica are always up for it, and the first 20 minutes of the Guyana game, we do not want.