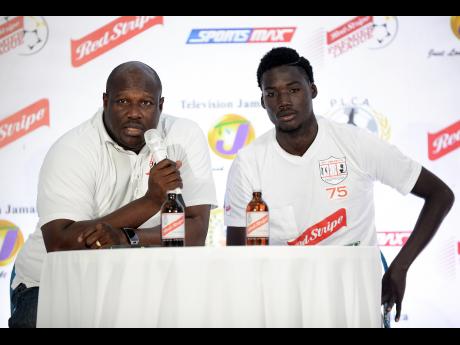 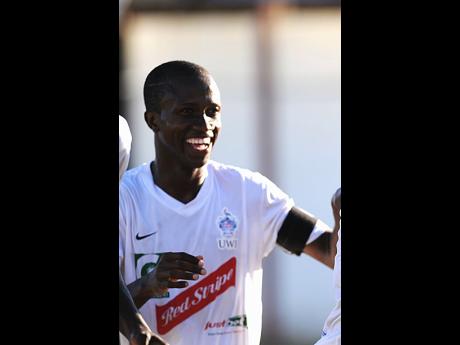 One of the most storied clubs in the country and the club of the uncommitted fans, Boys' Town, has been playing catch-up for most of the 2016-2017 Red Stripe Premier League season, so far, and coach Andrew Price is looking for a turnaround.

Looking up at every other club with just seven points, the man who has been with the club for over two decades, starting as a player, reasoned that things can only get better for them this season.

"Tomorrow marks the start of the second round, one which we are very optimistic about, and we have already put the first round behind us," said Price of his club whose closest rivals are Waterhouse, who, along with two other teams, are on 10 points.

"We are looking to start the second round with great ambition, and coming up against a UWI FC team who are not enjoying the greatest run at the moment is indeed encouragement for us, and we intend to capitalise on that. We ourselves are not experiencing the greatest run either, but we need to give a good account of ourselves, and I think we are ready," added Price.

One of Boys' Town's challenges, so far, this season is the overreliance on young striker Shamar Nicholson - the competition's joint leading scorer with six goals - to provide the goals for them. If their fortunes are to change, then Nicholson will have to get support from others such as the veteran Michael Campbell.

"It (the fact that Nicholson scores most of the goals) is an issue. We need other people to step up and score. He needs support. Outside of that, though, one of the major problems that we are having is that we need to take our opportunities when they are presented. We wasted opportunities against Arnett and we ended up losing. The game before that, we performed similarly against Tivoli Gardens but still managed to come away with a win. So that is something we have to address," Price explained.

The Marcel Gayle-coached UWI FC have their own problems, which need to be addressed. The team, which is in its second year of top-flight football, looked like showing its more seasoned opponents that things would follow a new order when they stormed to the top of the table but has since hit the skids with a series of losses, the latest a 1-0 loss to Portmore United.

For the UWI FC faithful, this encounter with Boys' Town is a godsend. Based on their struggles, they reason, they could not have had a better opponent at a better time as Boys' Town is one of the weaker teams in the league and will give them the opportunity to restart their climb.

Captain Rochane Smith is UWI FC's most reliable scorer, and he will welcome the opportunity to add to his tally against Boys' Town and claim sole hold and the leading goalscorer spot. His chances will be made even greater by the absence of the veteran shot stopper Kirk Porter, who is away on family business. Seventeen-year-old Shavaun Wilson, the club's goalkeeper for its winning Under-20 team, has been promoted to the senior team, and he will continue in goal today after making his debut against Arnett Gardens.

At the Wembley Centre of Excellence, former champions Harbour View are expected to steal vital points off the struggling Jamalco, who have cooled off since their hot start, while defending champions Montego Bay United should benefit from home advantage when they entertain Arnett Gardens.

Reno Football Club have been blowing hot and cold but would not be getting ahead of themselves if they think they can get the better of Tivoli Gardens at Frome and give their fans something to smile about.

Waterhouse stabilised themselves after a disastrous start but have since lost away and at home to Portmore United and Reno, respectively. Today, they face a difficult challenge in Humble Lion, who are coached by Donovan Duckie, a man who knows them very well.

At the Spanish Town Prison Oval, leaders Portmore United are expected to solidify their position with a win over Maverley-Hughenden, who will be looking to Phillip Peddie to lead their goalscoring charge.