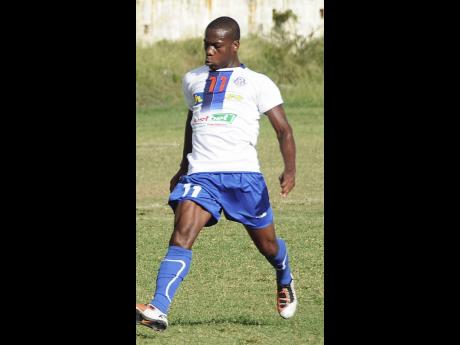 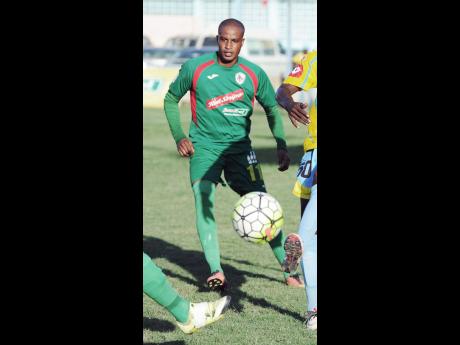 While all the other Red Stripe Premier League (RSPL) clubs are looking up at defending champions Montego Bay United at the top of the table, most eyes will be focused on the central parish of Clarendon, where the best of that parish, Humble Lion, and former champions Portmore United will meet in their second 'derby' for the season.

Both the host team, Humble Lion, and the visitors, Portmore United, have had brief stints at the top, only to fall off, but a victory today for either team will enhance the chances of getting back there. Of the two, Portmore United had the most recent stay and only found themselves toppled last week when they suffered an unexpected 1-0 loss to Maverley-Hughenden. Another loss would be a most unwelcome result, according to assistant coach Lenworth Hyde.

"We were at the top, lost a game and now we find ourselves in fourth. We cannot lose another game as we would fall off the pace," said Hyde, the only man to have guided three separate teams to the Premier League title.

The game itself, he said, is a really big one.

"This is definitely a big, big game. Both of us are vying for the leadership of the league. The last time we played them, we drew, so we are pretty even now. We just have to go out there well concentrated and execute our plan," Hyde added.

While they have been having good results, bar the loss to Maverley-Hughenden, Portmore United have not been scoring freely and have only scored once in each of their last two victories. To address this problem, Hyde said they have changed things up a bit. Despite the changes, Tremaine Stewart and Ricardo Morris should still be their key men.

For Humble Lion's Donovan Duckie, this game will be just like any other but with a bit more underneath.

"It is just another game for us, but the psychology says it is a derby game. The foundation of Portmore United is here in Clarendon, so they have some history here and this will play a part in making the matchup more attractive. Also, most of the players know each other very well and there is a lot of history between them," Duckie explained.

ONE FOR THE SPECTATORS

"This game will be one for the spectators as it will be two quality teams on the pitch. I have a lot of respect for the coaching staff of Portmore United," added Duckie, who also had a stint at Portmore United.

Wolry Wolfe and Andrew Vanzie, both former Portmore United stars, will be two of the key men for Humble Lion. They could, however, be affected by injuries to Levaughn Williams and Jermaine Christian. The two face fitness tests ahead of today's game.

At the Tony Spaulding Sports Complex, home team Arnett Gardens should get at least a point off visitors Reno while UWI FC should be fancied to get the better of Waterhouse when both teams meet at the UWI Bowl.

Former champions Harbour View have been steadying themselves after a rocky start, but may find leaders Montego Bay United a bit too tough at this time, while bottom-placed Boys' Town must be hoping that lightning strikes the same place twice as they go for a second win over Tivoli Gardens.

Maverley-Hughenden are enjoying the greater form of the two promoted teams and should be favoured to beat the visiting Jamalco.