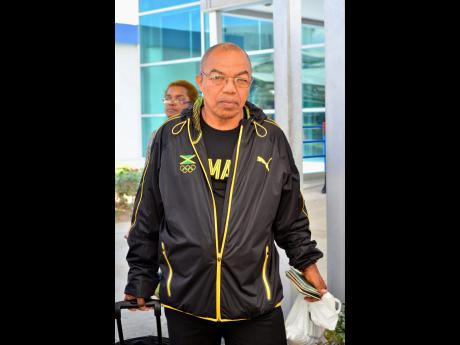 The Jamaica Athletics Administrative Association (JAAA) is set to increase its focus on younger athletes.

That's the word from Dr Warren Blake, the newly returned president of the local track and field body. Blake believes this is the way to keep Jamaica at the pinnacle of the sport after the impending retirement of super sprinter Usain Bolt.

Blake's vision for the future will lead the association to restructure its work committees. Amidst the new groupings will be a strategic planning and international relations committee and one focused on helping good youth athletes to excel at the senior level.

"Our main superstar, Dr The Honourable Usain Bolt is going to be retiring next year, and we have to put strategies in place that would keep us at the pinnacle after Usain has gone," the JAAA president said.

With regard to the committee that will target those who will follow in the footsteps of the likes of Bolt, Veronica Campbell-Brown, Asafa Powell and others who have been campaigning for Jamaica since the 2004 Olympics, he explained, "We've brought in some people who are skilled at looking after youngsters and we're going to be really focusing on the youngsters, to give them whatever support they need to make the transition, and we're going to be staying closer to them than we have done in the past."

Asked to explain why he has been returned to office unopposed, Blake said: "It's really a testament to the work that has been put in by this administration."

He praised the hard work of the athletes and cited the last four years as "the most successful four years in the history of track and field in Jamaica". During his time in office, Jamaica has twice won 12 medals - an all-time high - in athletics and last year, placed second on the medal table at the World Championships.

"We know", he asserted, "the athletes work hard and they put in their bit but the support staff that goes with a good programme, the officials, the coaches, they have to be trained to a high level where they can spot talent and hone talent and the officials have to know the rules of the game and be able to enforce it."

According to Blake, training for both coaches and officials will continue. "This is something that we intend to continue and to see that it is stepped up," he predicted. The JAAA's annual general meeting was held last night at the Medallion Hall hotel in Kingston.