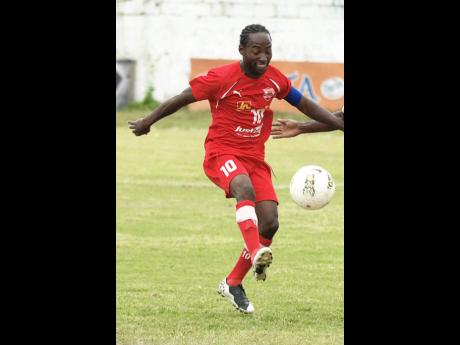 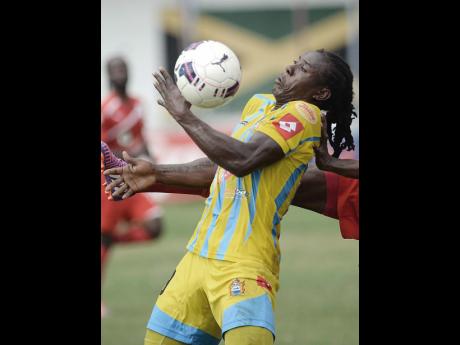 It is not often, outside of the end of season scrap to avoid relegation, that a bottom-of-the-table clash highlights the Red Stripe Premier League. Today, though, is one such day even with leaders and defending champions Montego Bay United ready to exact revenge on Maverley-Hughenden for their opening-day defeat.

The above situation is largely because Glendon 'The Admiral' Bailey has taken charge of the unsteady ship at Waterhouse that is currently sailing in choppy waters. Bailey took charge on Monday last following the separation of the club and previous coach, Marvin Tate, a man who did no worse than a number before him.

To most, this encounter against Boys' Town, the only team in an inferior position to Waterhouse, is tailor-made for 'The Admiral' to make his mark, and the man at the helm at Boys' Town, Andrew Price, understands.

"One could not want a better match to steady a ship that is in treacherous waters," Price said.

"They are ahead of us and are playing at home, so these are natural advantages, but I can tell you that this will be no walkover," the man, who himself could pass for a military figure, said.

For this their second meeting, Price said his team will have even more ammunition and experienced fighters.

"We did not have Michael Campbell in our first meeting and his experience and leadership will help us offensively. Defensively, we needed more experience, and the return of Wayne Ellis will help in that regard," explained Price, who also added that the more experienced Leon Goffe will replace the teenaged Shavon Wilson in goal.

While Price was very open about his team and the plans heading into today's battle, not a word has been heard out of 'The Admiral' since his appointment. Calls to his phone have gone unanswered.

With no new talent at his disposal and with the second transfer window not opening until January 2, 2017, among the players who should feature are midfielder Romario Campbell, Kemar Beckford, the exciting, young forward, Rodave Murray, and Jermain 'Tuffy' Anderson, if he decides to use him.

At the Edward Seaga Sports Complex, Tivoli Gardens should be given the edge over their big rivals if they are able to keep all their players on the field, with Jermaine Johnson and Elton Thompson being their major threats. Second-placed UWI FC would do well to reverse their first-round loss to Portmore United and maintain their superior position in the league.

Jamalco stopped their slide last week with a win over fellow promoted team Maverley-Hughenden, but their more seasoned neighbours, Humble Lion, will not want to lose a second successive match having lost to Portmore United last week.

Montego Bay United have found their form and should be favoured to show the visitors championship football, while the Reno-Harbour View game could go either way.